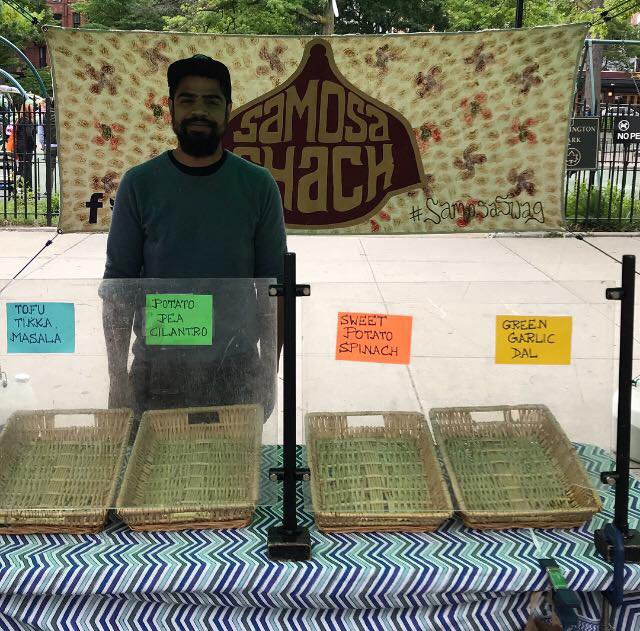 sweet, with a little heat, not your traditional Samosa, but loved by all. Filled with roasted sweet potatoes, spinach and chickpeas, spiced with fennel and chili powder

When Mini Dhingra opened up shop at Samosa Shack in 2014, it was mostly at the behest of her friends and family. They knew just how good Dhingra’s samosas were, and deemed it a crime to keep them all to herself. Utilizing Hudson Valley farm fresh and seasonal ingredients, her samosas have become a hit not just in Harlem, but the rest of New York City as well. From kale smashed potato and sweet potato ginger to beet coconut lentil and sweet pumpkin vindaloo, you’ve got options. Dhingra is also rocking a dessert samosa called the S'moreSa, so obviously you will be needing several of those. Find Samosa Shack in New York or have 'em out to cater your next event. MUST TRY Cauliflower — Roasted cauliflower and sun-dried tomato, packed inside a delicious samosa