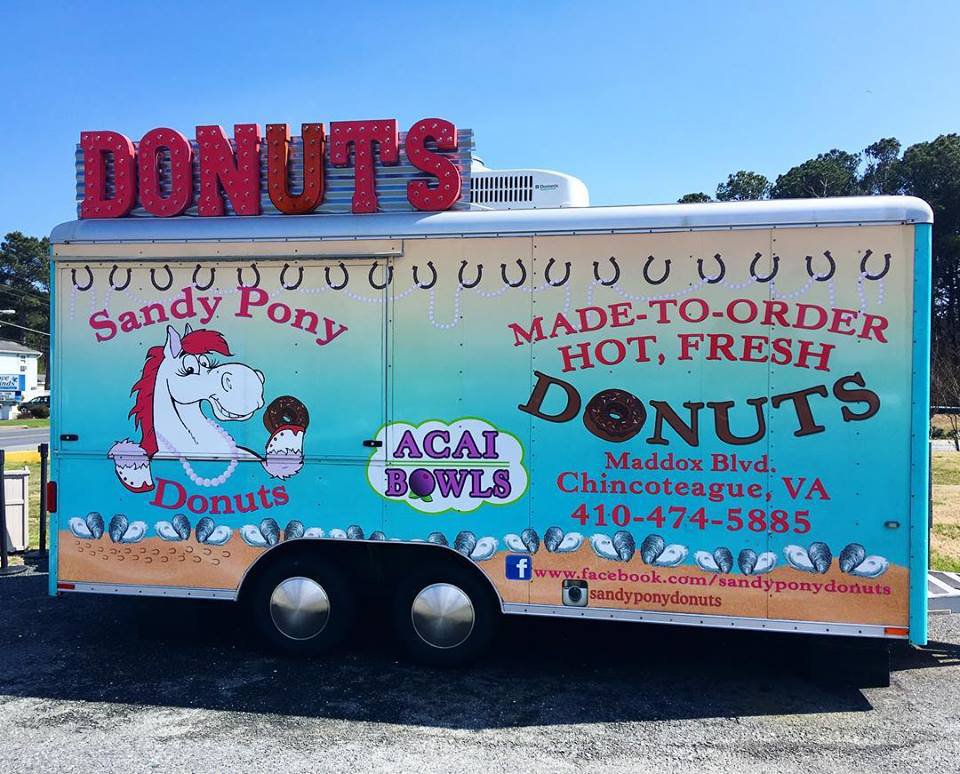 Brea and Ben were lifelong pals before getting together romantically, having known each other since Kindergarten. That level of intimacy no doubt helped them support one another through the trials and tribulations of opening up their very own business. Brea had grown up working in restaurants and always longed to own her own. Ben had experience running a business, the proud founder and owner of a successful building and construction company. The pair, then living on Chincoteague Island, VA, noticed a lack of the glorious confection that is the donut in their community. Like many entrepreneurs, they took it upon themselves to fill in the gap in the marketplace. The result was Sandy Pony Donuts.

Brea and Ben take their donut game seriously. It took almost six months of meticulous trial, tribulation, and taste testing to perfect the 24 flavor combinations offered on the menu. Choices run the gamut. There are good old-fashioned concoctions, forever fashionable because they’re eternally appealing. Try a Ms. Sandy, for example, and enjoy a honey-glazed cinnamon sugar donut. Or, treat yourself to a Big Pearl for the tried-and-true wonder of a powdered sugar donut. However, there are options galore for those feeling more adventurous. You can add some sweet to your savory with Porky Plus, a glazed donut topped off with bacon crumbles. Whatever you sample, donuts never disappoint when they’re warm, soft, and bakery fresh. So, what are you waiting for? Stop by Sandy Pony Donuts and grab a baker’s dozen. Even better? Book ‘em for your next event. Trust us, guests will thank you.

Misty Mint - A refreshing choice featuring a feathery donut coated in a mint glaze and smothered in chocolate chips.