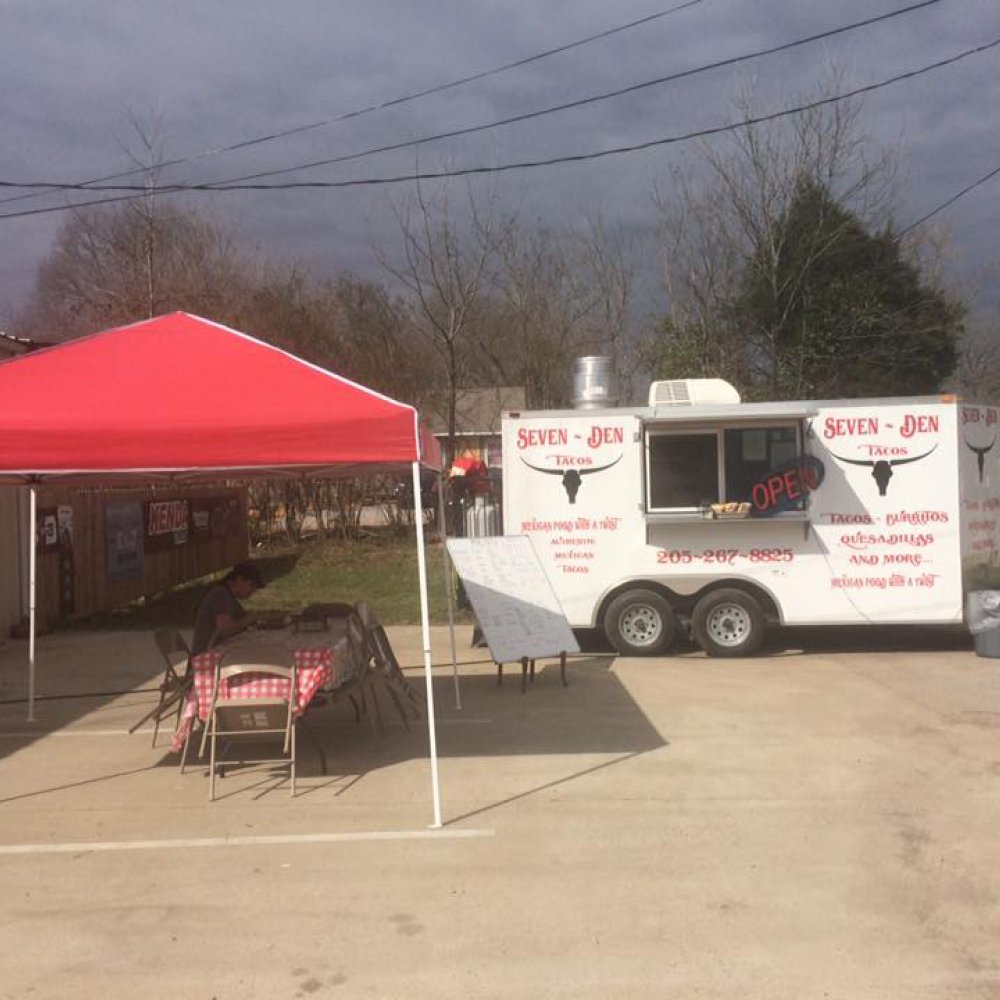 Seven-den Tacos is a taco truck worthy of your attention. Because sure, it'd be enough that they serve up only the most authentic and the most delicious Mexican cuisine on the streets of Calera, Alabama. But Seven-den Tacos is all about reinventing the traditional taco truck model, crafting a full bodied menu built to satisfy. At Seven-den Tacos, they've got all the staples of traditional Mexican food on the go. From tacos and burritos to nachos and burrito bowls, everything's made using only the freshest quality ingredients and recipes passed down over generations of talented cocineros. But that's not all. They're featuring a handful of your favorite foods, including big ol' Philly cheesesteaks, the soulful shrimp po'boy, even hot dogs hot off the grill and ready to give you that tail waggin' experience you've been waiting for. So don't delay. Find Seven-den Tacos to get those south of the border specialties alongside a whole host of good eats on the streets. Trust us. They won't disappoint. MUST TRY