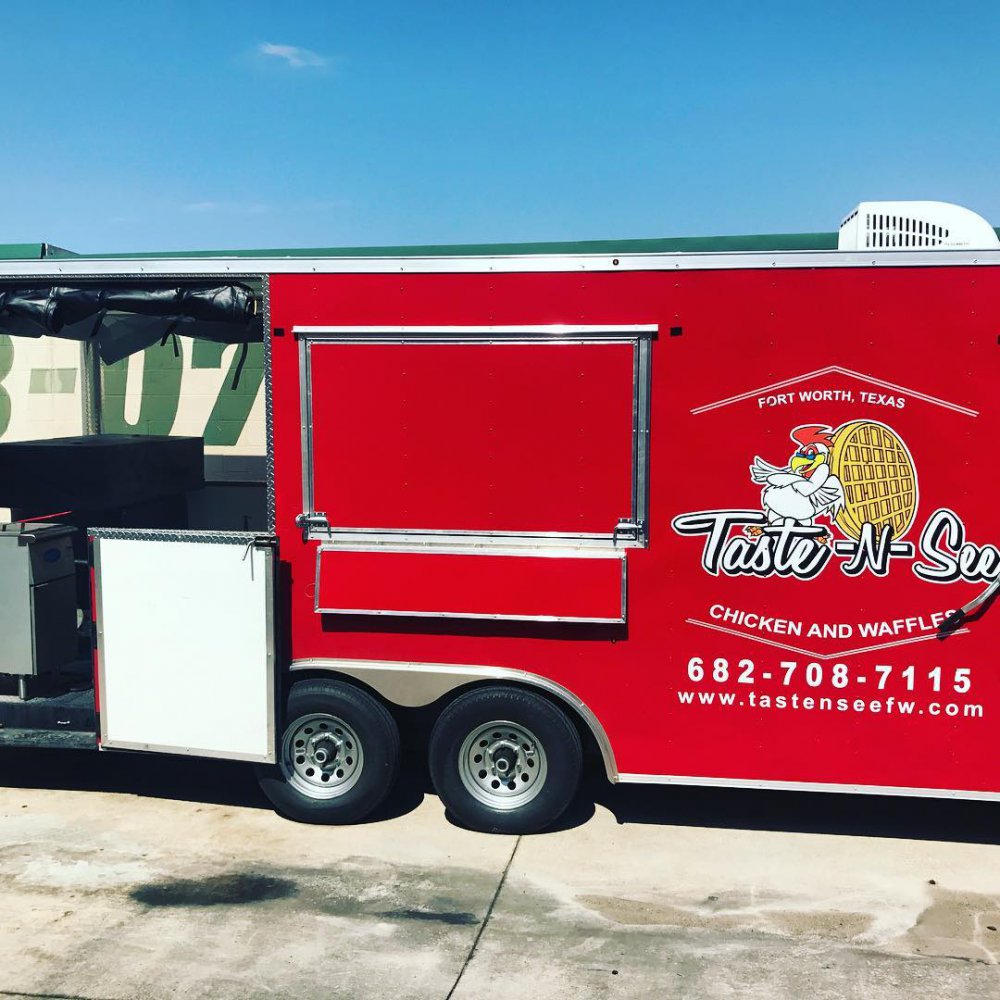 Taste N See Chicken & Waffles has chicken and waffles that are so good, they must be tasted and seen to be believed. No really. They were voted one of the top restaurants in 2017 and, when they opened in 2016, voted the best new restaurant in the city. The best part? All this goodness is now available on the go, out of a food truck roaming the streets in style. At Taste N See Chicken & Waffles, they've absolutely perfected that chicken & waffles form. That's because their chicken is fried to golden brown deliciousness and perfectly placed on a fluffy waffle to sink your teeth into. Cover it all in sweet maple syrup, and you've got a meal worth bragging about. But that's not all. Taste N See also has some bomb chicken wings, tenders and fish strips in baskets full of french fries, along with shrimp and grits and other Southern specialties that are truly a treat to behold. So why wait? Find Taste N See Chicken & Waffles in Dallas, or have 'em cater your next event. They're sticking to Texan tradition through and through, as everything here is bigger and better than you've ever had it before. MUST TRY - this fluffy waffle is drizzled in cream and cinnamon for a sweet treat that can't be beat