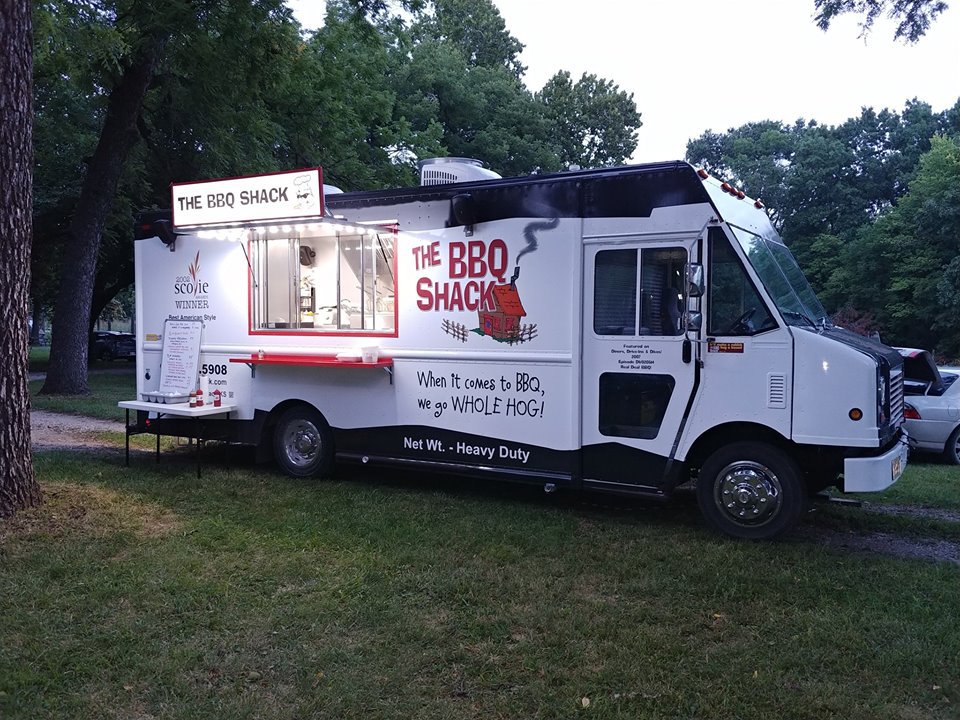 About The BBQ SHACK, LLC

The BBQ Shack is a premiere food truck in the Kansas City area. In fact, they were featured on Diners, Drive Ins and Dives as a restaurant in 2007, and now, they've taken that show on the road. Back in 1997, The BBQ Shack started out serving smoked wings cooked in a whiskey barrel. Understandably, they became extremely popular, and soon converted to a catering kitchen in a new garage. But even that wasn't enough. The BBQ Shack became a restaurant in 2006, and, in 2007 was visited by none other than Guy Fieri who put it on the map in his show Diners, Drive-Ins and Dives. One thing led to another, and they decided to share their BBQ far and wide, ditch the lease and put it all on board a food truck. Which is only the best news to hit Paola in, well, ever. Get a full slab of St. Louis style ribs to sink your teeth into, or a handful of goodness in their slow smoked brisket sammie. But that's not all. The BBQ Shack's also got those crispy burnt ends, along with smoked wings and homemade sides of the baked beans, baked potato salad and Mayberry style coleslaw variety. If all this sounds good to you, what are you still reading this for? Find The BBQ Shack in Paola or KC area, or have 'em out to cater your next event. Trust us. They won't disappoint. MUST TRY Wings - these crispy goodies are smoked in their primo BBQ rub before being deep fried to golden perfection. Shaken or sauce on the side, they're sure to please!