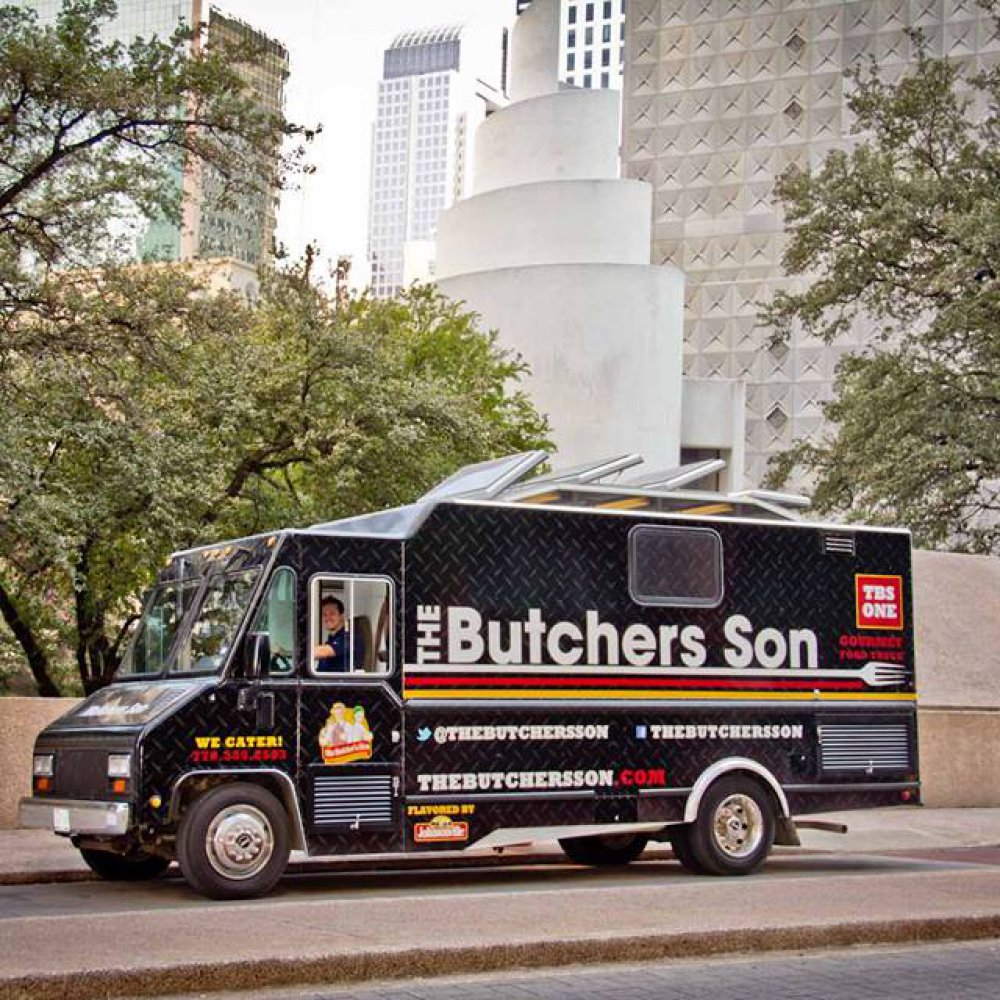 About The Butcher's Son Food Truck

Naples was recently named the happiest place in the country to live, and we're not saying it has anything to do with The Butcher's Son moving into the area, but we're not saying it doesn't. Look we're saying what we're saying and you can put all the pieces together in your own time. But while you're doing that maybe make your way to wherever they happen to be parked for the day - thinking requires fuel after all. And fuel's never tasted this good. What started as a Johnsonville promo truck quickly took on a life of its own in John Wagner and Dain Pool's hands - elevating the possibilities for the product in ways that surprise as much as they delight. Offerings are split between sliders and sandwiches, with combos like po'boy, braised beef with mac & cheese, and meatball marinara posting up shop on both sides. Square in the middle for those who want something different are two quesadilla options (braised beef and southwestern chicken). No matter what hunger you're packing, or in what form you're packing it, there's at least something and a half for you to taste here. Seems like a recipe for happiness to us.