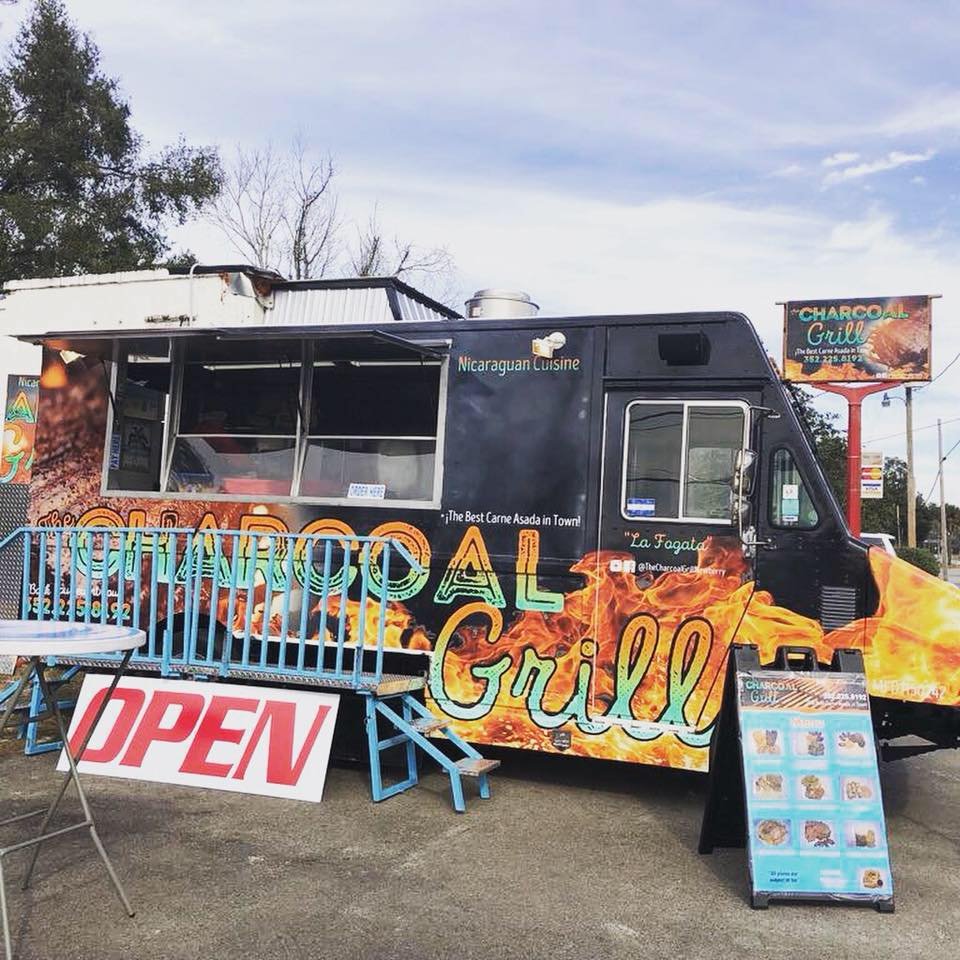 About The Charcoal Grill

Fans of bold flavor rejoice. The Charcoal Grill is bringing a bounty of Latin inspired eats to the streets of Gainesville, FL. This truck is rolling across the Sunshine State whipping up food to please the palates of anyone with a marked aversion to all things bland. Start your meal off with a heaping helping of plantains served alongside fried cheese. Then, sample any number of decadent entrees. Try some carne asada slathered in a tangy marinade, for example, or a bowl of savory valenciana rice served with shredded chicken and pork sausage. Then, move on to dessert, with options ranging from caramel flan to a guava pastry. You get the idea – you won’t leave hungry, so don’t hesitate to hit up The Charcoal Grill the next time you’re feeling ravenous. Or, better idea? Book ‘em for your next event. MUST TRY Miami Sandwich — Ham, pork, and Swiss pressed between two crisp, buttery slices of Cuban bread. Yum.