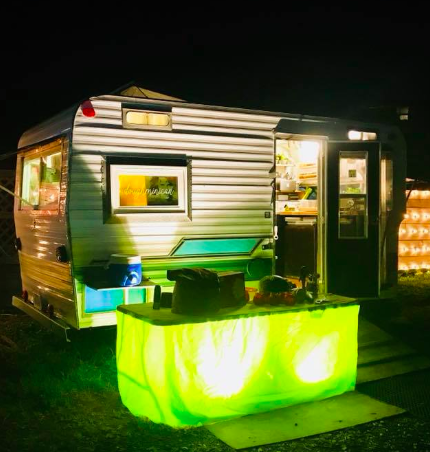 Melvin Mendez grew up in the Dominican Republic, where he learned to love traditional foods from the region. As a teenager, he moved to New York City and went on to study culinary arts as a college student. Now, he resides in Austin, TX running The Doughminican. Mendez gives Texans a little taste of his home country via this food trailer, so hit it up if you’re a fan of international cuisine. The menu dishes up a variety of fare traditionally served in the Dominican Republic. You can sample everyone’s Latin American favorite, the empanada, for some flaky, buttery shells stuffed full of tantalizing meats and cheeses. Try some tostones on the side for some crisp plantains tossed with a mix of savory spices that pair perfectly with the fruit’s mildly sweet undertones. Sample a pastel en hoja, a Dominican tamale made from a mix of squash, root vegetables, and savory meats all wrapped in a plantain leaf. If this sounds delicious to you, why not stop by and give it a try? Even better? Book The Doughminican for your next event. You won’t regret it. MUST TRY Quipe - A tasty roll that mixes the nutty taste of bulgur with juicy, savory beef plus some raisins for just a little sweetness. Yum.