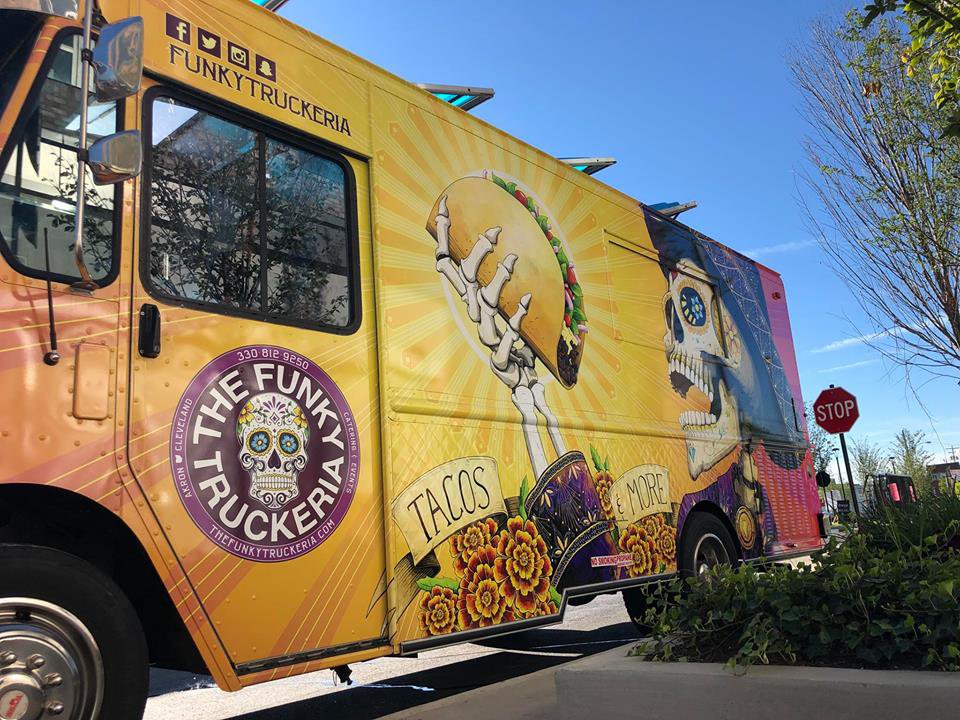 Steve Sabo and Juan Gonzalez, both major players in the Cleveland, OH street food scene, became fast friends from the moment they met. Steve is a first generation Italian immigrant, while Juan grew up in Mexico City. As the pair got to know each other, they began toying with the idea of blending their cultural backgrounds to create some one-of-a-kind recipes. The notion eventually led to The Funky Truckeria, where lucky patrons can sample fare that blends Italian and Mexican flavor to delicious results. The menu sports loads of tasty options. From a lengthy selection of artisanal tacos to nachos complete with Chipotle BBQ sauce to homemade chicken tortilla soup, suffice to say you won’t go hungry here. And for your sweet tooth? Enjoy a nacho sundae, a cinnamon sugar flour tortilla topped with vanilla ice cream drizzled in caramel and chocolate sauce and crowned with a dollop of whipped cream. Getting hungry? Then either find The Funky Truckeria out on the street or have ‘em out to cater your next event. MUST TRY Chorizo Funky Balls — Deep-fried balls of risotto filled with a rich blend of chorizo and a mix of goat and monterey cheese topped off with poblano sauce, queso fresco, and cilantro.