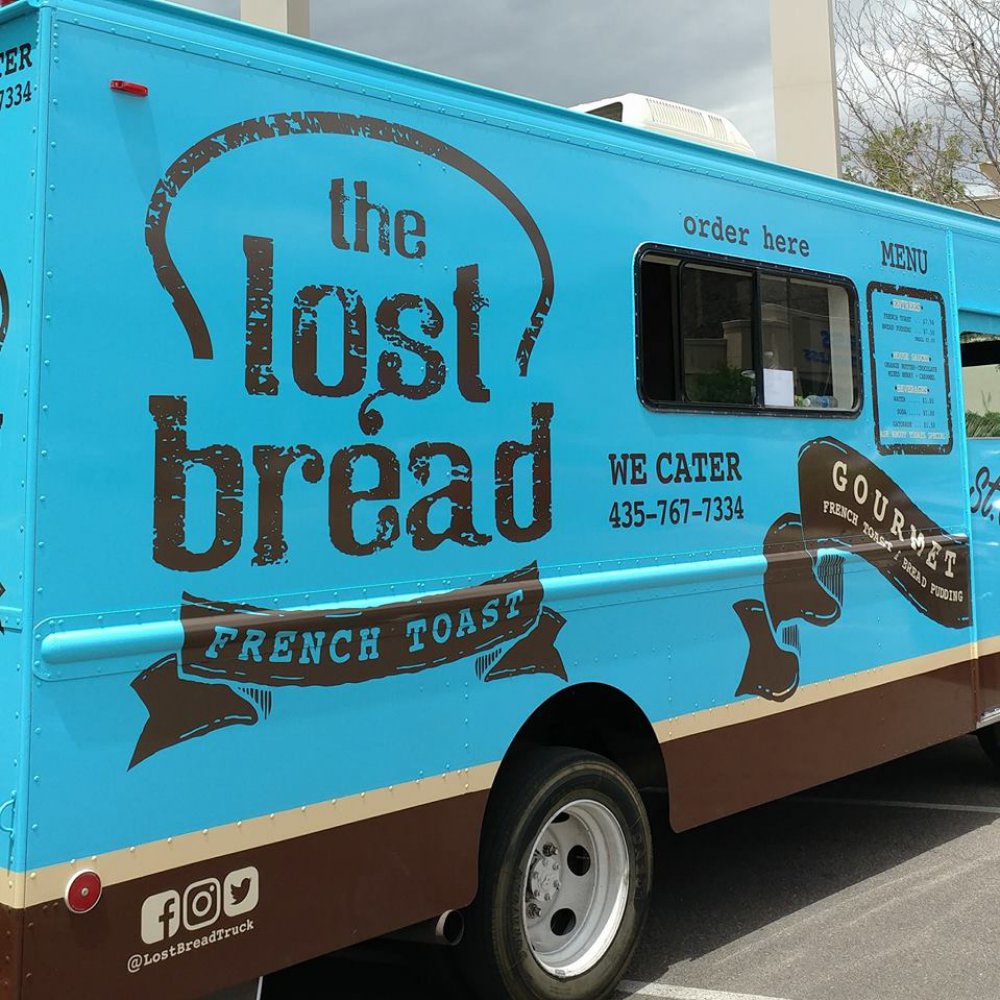 Custom sliced bread grilled to perfection with an assortment of melted cheese and your choice of meat.

Our French toast is traditionally made using the finest ingredients and baked served alongside mixed berries and freshly whipped cream. We use a custard that our custom sliced and prepared bread is soaked in so the flavor can be found throughout the entire piece of French Toast.

Assortment of Breakfast Sandwiches. Can be served at any point in the day.

Our Bread Pudding is to die for. Served with mixed berries, whipped cream and any of our house sauces. We sprinkle pecans over our bread scraps and bake at 400 degrees ensuring the crispy outer bites yet allowing for the flavored soft inside to still be found. Each bite will make you wonder where this has been your whole life!

About The Lost Bread

The Lost Bread specializes in the lost art of french bread making, from a food truck that values simplicity above all else. Because if you didn't know, french bread originated in France. We know, shocker right? But furthermore, it used to be a meal out of necessity, with peasants making homemade custard to soften the bread deemed inedible by nobles. Deemed "The Lost Bread" by the French, this food truck took inspiration from the name and the humble origins of this now famous breakfast food, crafting a menu that elevates french bread to noble status. As it should be. Because The Lost Bread was started by two french toast connoisseurs whose original passion for french toast started with their father who would prepare it fresh for them every morning before school. While they've refined and improved the recipe, french toast still serves its original purpose: providing a hearty meal and a comfort food that exhibits that homemade quality you won't find anywhere else. So don't go looking. You've found everything you need right here. Get their original french toast: a thick slice of country white bread doused in their signature French custard, baked to perfection and served with only the freshest seasonal berries, their original recipe vanilla-cinnamon whipped cream, and your choice of sauces. And those are all homemade too, from chocolate and berry compote to butterscotch salted caramel and orange butter. So what are you waiting for? Find sweet satisfaction by finding The Lost Bread on the streets of West Valley, Salt Lake City and beyond. Trust us. Utah's never had better, and neither have you. MUST TRY