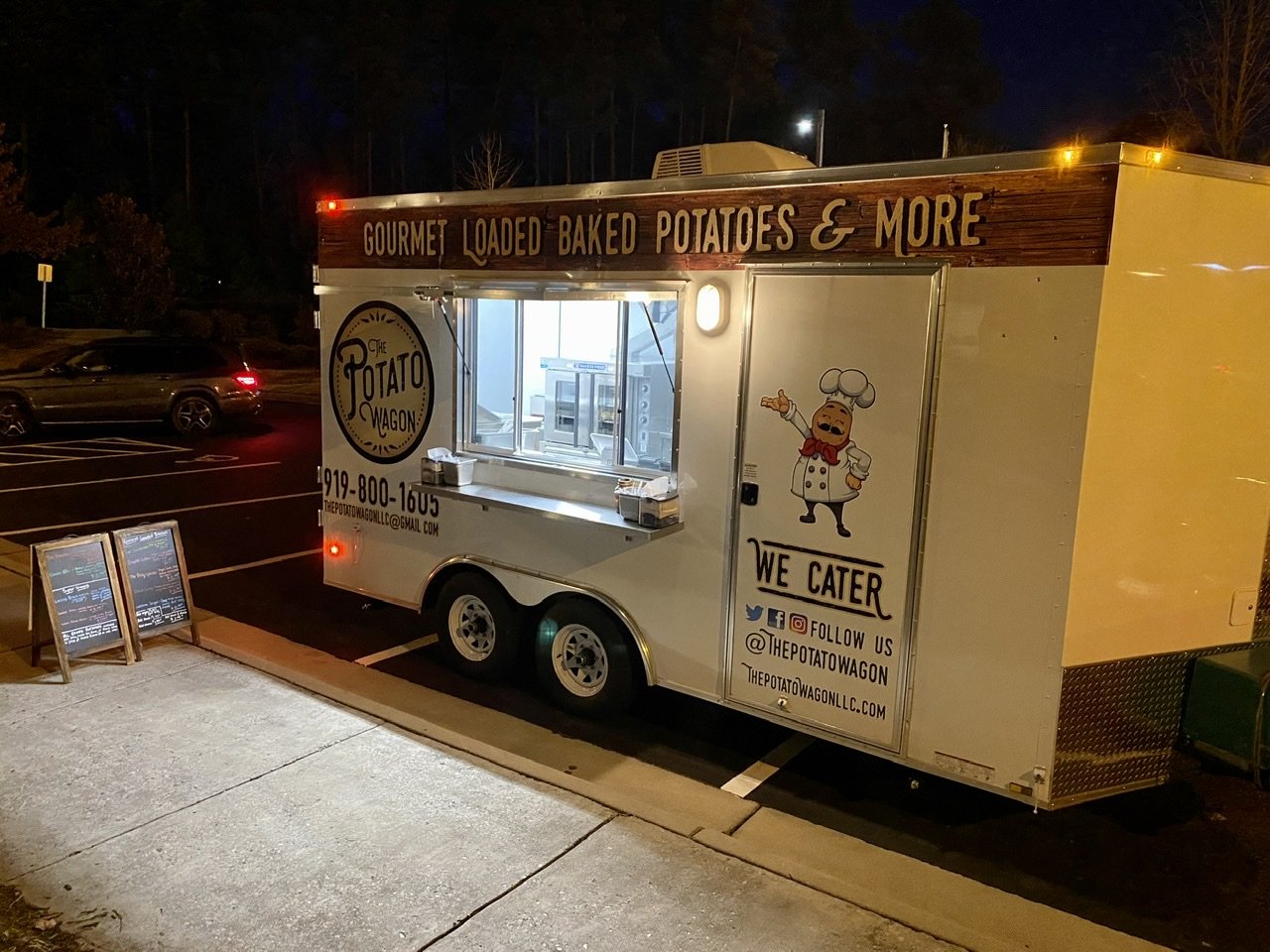 Meaty Potato skins covered with cheese, bacon, veggies (your choice of tomatoes, onions, jalapenos, or all or none), sour cream and chives.

Baked Potato built however you like it! You tell us what to put on it.

About The Potato Wagon

The Potato Wagon is just as it sounds: a food truck that sells all things potatoes. But not just any kind of potatoes, mind you. Their specialty is loaded gourmet baked potatoes, although you'll also find cinnamon and sugar sweet potato fries, loaded potato skins, and loaded fries gracing the menu. Rest assured, you won't go hungry here. And it's all coming to you from founder Omar Amrikani, who after testing his concept at a brick and mortar restaurant, decided to take these spuds to the streets in his homestate of North Carolina. To much success, by the looks of it. Elevating the side dish to the main attraction, you're getting baked potatoes on a whole new level of delicious from the baked potato connoisseur himself. Get a heaping of southern comfort in his southerner potato outfitted with crispy chicken tenders and mac & cheese, or get a hearty breakfast potato topped with scrambled eggs, bacon, sausage and cheese drizzled with maple syrup. Honestly, if that's not enough to get you to visit, we don't know what else to say. Other than you'd be missing out, and no foodie wants to pass on good food. So don't. Instead, find The Potato Wagon on the streets of Raleigh Durham, or invite 'em to spud up your next event. It's sure to be spudding delicious for all. MUST TRY Chicken BBQ — Omar's special recipe baked chicken is smothered in homemade BBQ sauce, with mozzarella and cheddar cheese and a dollop of sour cream garnished with fresh chives.