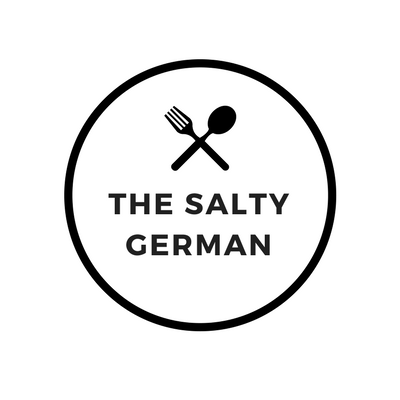 About The Salty German

The Salty German is a must try food truck in Austin, so please don't be put off by presuming their demeanor. Instead, they're promoting good vibes and good eats on the streets, offering up all authentic German cuisine by a native German who wished to share home country cuisine with locals and visitors alike. By the looks of it, to much success. The Salty German has amassed a local following of foodie fans for good reason. Homemade to order, everything's cooked from scratch daily using authentic recipes passed down over generations of talented cooks. Get their schnitzel fried to golden brown perfection or the cheesiest of fleischkase on a plate with a side of their handcrafted German potato salad. Or get the best wursts in their signature currywurst and bratwurst on a bun drizzled in homemade curry sauce or German mustard. And other delights we simply don't have the words to describe. You'll just have to seek 'em out yourself. So do just that, round up a group of friends to find The Salty German in Austin, or hire 'em to bring it all to your next event. It's high time you try something new for a change, and The Salty German's just the ticket. MUST TRY - a sampler plate of their best, you're getting schnitzel, bratwurst, weisswurst, fleischkase, 3 sides and homemade rolls to sink your teeth into