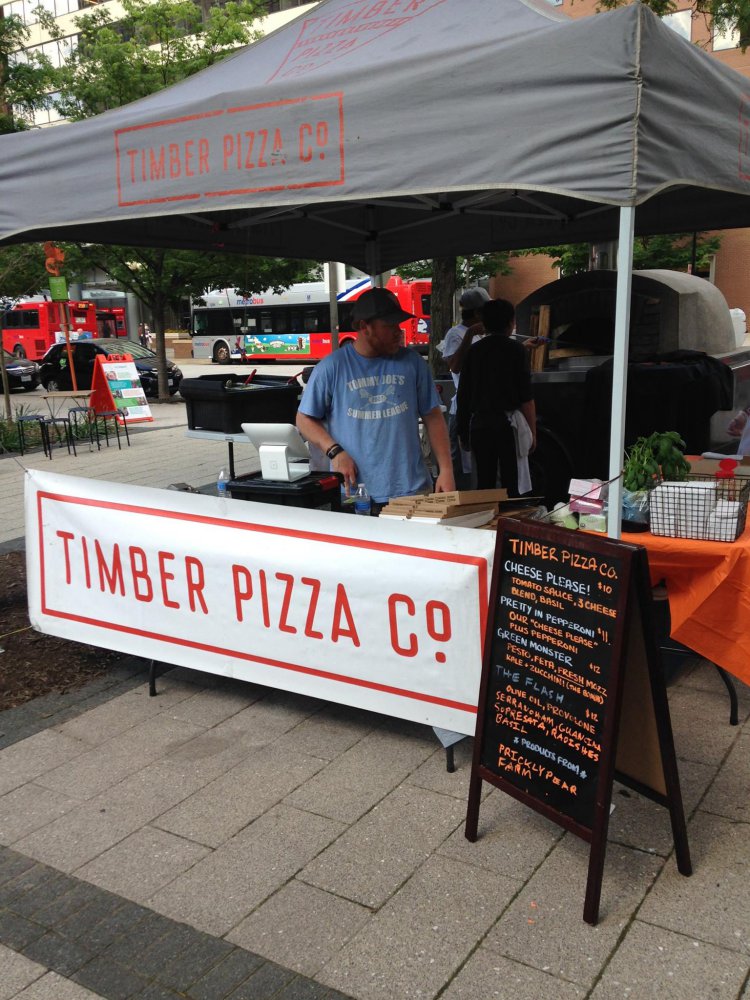 Andrew and Chris met while working at a tech company, the pair bonding over pizza and basketball. In 2014, they decided to turn their pizza fanaticism into a career with Timber Pizza. The pair began popping at farmer’s markets across Washington DC selling their Neapolitan wood-fired pizza to the hungry masses. A year later, Chef Dani joined their team, an Argentinian native who added some international flare to their already pristine pies. Pizza connoisseur? You haven’t lived until you grab a slice at Timber.

Why wood-fired pizza? It’s just better that way, the combination of sky-high temperatures and short cooking times resulting in a flawlessly crisp crusty and gooey, melt-y cheese. Pizzas here come in all shapes and sizes. Vegetarians can nab an earthy mix of pesto, feta, zucchini, and kale with the Green Monster. Avid carnivores will enjoy sinking their teeth into a slice of The Bentley, topped off with a savory mix of cured chorizo and soppressata. In addition to pizza, there are loads of other items on the menu that incorporate the wood-fire oven, from empanadas to biscuits. Oh, and did we mention they cater? Book with Timber Pizza Company for your next event. It’ll be the pizza party of your dreams.

The Johnston - Start with a tart, tangy mix of feta and parmesan as a base. Then, pile on the braised brisket, pastrami, jalapeno, and corn. Last but not least, sprinkle it all in aromatic herbs to pull the flavors together. Yum.