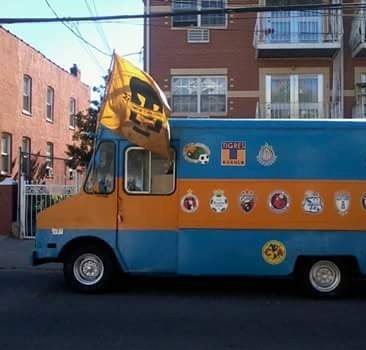 The “Super Torta” craze is real in New York, and at Tortas Neza the sandwiches that Galdino Molinero are slinging are no exception — in fact, they might just be the biggest and baddest in the borough. Operating out of a literal hole in a wall, you’ll find lines that span the block, full of people waiting eagerly to get their hands on one of Molinero’s tortas.

Neza’s menu features a number of classic tortas, like carnitas or bistec, but you’ll also find a few specialty tortas like fried egg or cecina, a dried, cured meat. Though these sandos are pretty big, they pale in comparison to the “Puma”, a beautiful behemoth that only a select few people can actually handle. Molinero starts with the classic torta fillings, but 10 minutes later—because that’s how long it takes for him to make one Puma—he’s served you a sandwich stuffed with ham, head cheese, a chicken cutlet, quesillo cheese, sausage, and an entire omelette. Worried the guests at your next event might go hungry? Here’s one way to avoid that: feed them some Tortas Pumas. Hire Neza to cater your next event.