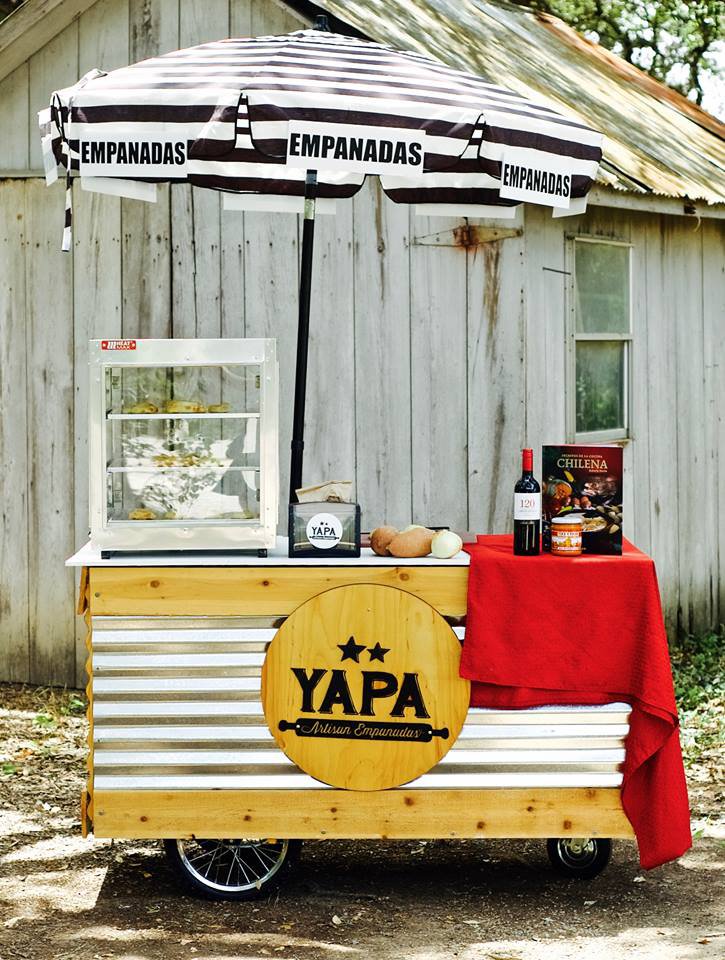 Polo Valdes grew up in Chile, where he ate empanadas every Sunday as per his family’s tradition. When he moved to the United States, he was disappointed with the lack of traditional Chilean fare in his new home. When he moved to the Austin, TX area, he began making empanadas for friends and family members. Inspired by their encouragement, he started selling his tasty food at local farmer’s markets. Before long, Valdes went pro with Yapa Artisan Empanadas. Now, you’ll find this food cart roaming around the Lone Star State giving hungry Texans a little taste of Chile. Valdes is meticulous about his empanada game, attempting to recreate the empanadas he grew up eating in each and every dish. And he succeeds admirably, the word “artisan” not a case of hyperbole here. The dough comes out neither too dry nor too greasy and the fillings are meticulously paired to create amazing flavor profiles. From the rich, chocolate-y taste of chicken mole to an earthy blend of cheese and sautéed mushrooms, there’s something for everyone here. If you’re looking for an impressive vendor for your next event, congratulations. You’ve found it. Book with Yapa Artisan Empanadas. You won’t regret it. MUST TRY La Borracha - Start with some beef marinated with red wine, carrots, and garlic. Throw in some caramelized onions and Monterey jack cheese. Stuff it all in a flaky, buttery shell and you’ve got one flawless empanada.