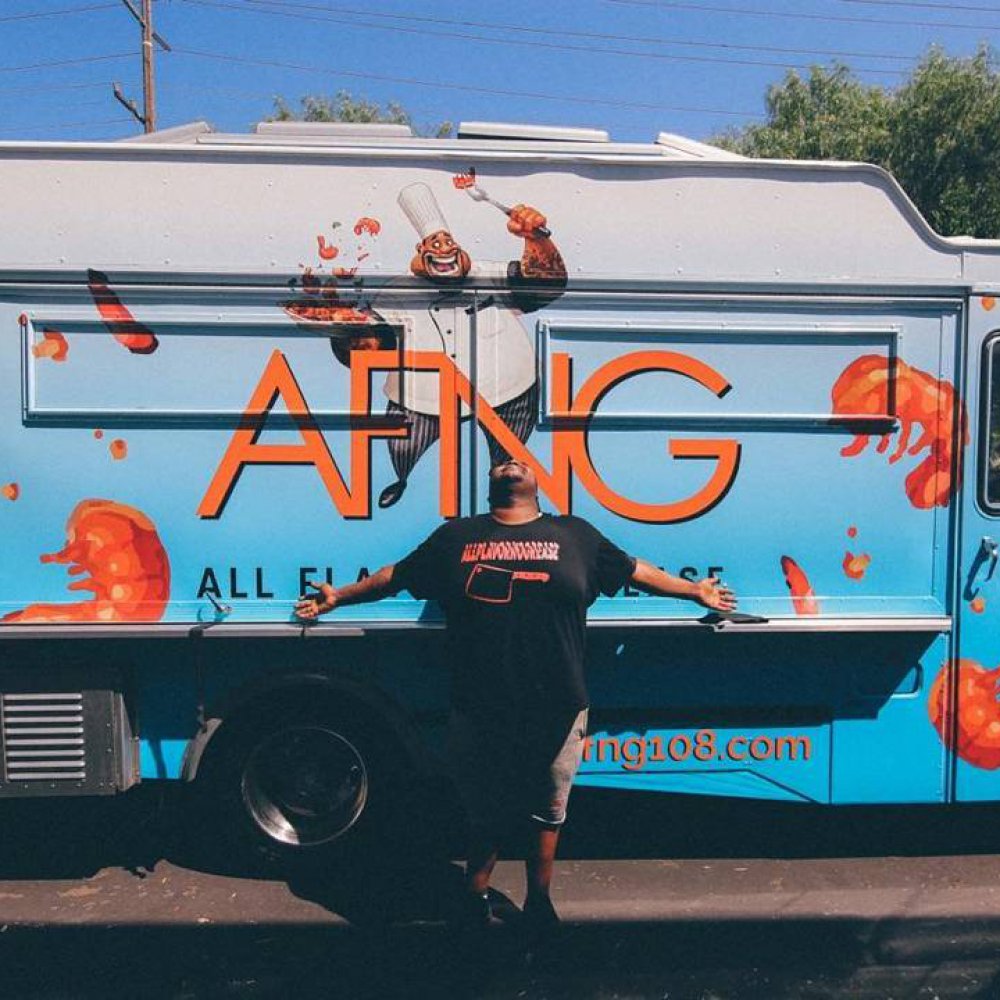 All Flavor No Grease

Made to order and stuffed with only the finest ingredients

About All Flavor No Grease

All Flavor No Grease is a food truck that came from a chef who worked hard to share his passion for good food to the good folks of Los Angeles. Initially, Keith Garrett started out small, as a self taught cook who reached out to social media to build his business selling tacos, burritos and quesadillas from a driveway on 108th street. But soon, the popularity of his food grew, so much so that he was actually cited for it and shut down. Nevertheless, Garrett pursued his food dreams, and now after rallying his fans together for crowdfunding, he has a food truck of his very own. And Los Angelenos are all too thankful for it. Frequently listed in top LA publications as a top, must try vendor, All Flavor No Grease continues its tradition of serving up the best in Americanized Mexican fare, all thanks to the talented hands of this bonafide taquero. First, Garrett seasons all meats to perfection in his own secret recipe mix. Next, once the chicken, steak, and shrimp are all cooked, he warms a large flour tortilla over the griddle, stuffing cheese into the mix to make it an inch thick. That's an inch full of goodness, fan cut and dressed to the nines with sour cream, cilantro salsa, homemade pico de gallo and a heaping of Louisiana hot sauce to your liking. But that's not all. Garrett's known to feature his original recipe lobster gumbo on the menu. Needless to say, there's a whole lot to sink your teeth into on this big menu built for big time satisfaction. So why wait? Track down All Flavor No Grease for exactly that: a whole lot of flavor with not a whole lot of grease, from a chef who's bringing his best to the best coast. MUST TRY