Doc’s Classic Comfort Food Truck, formerly known as Doc’s on the Bay, was founded by Zak Silverman four and a half years ago. His inspiration for the truck was simple – to create an updated version of the all-American neighborhood burger shack. Basically, he wanted to make a place where people could gather with friends and family, and enjoy communal time together while appreciating the “classic” aromatic scents of burgers cooking.

Doc’s takes its name from the classic Central California-based novel entitled “Cannery Row” by John Steinbeck. The story revolves around three people, one of them being Doc, a marine biologist in search of specimens in tide pools along the California coast for his lab on Cannery Row, in the beautiful city of Monterey. Throughout the trip, Doc stops at several beach towns, ordering beers, burgers, and even a beer milkshake. To honor his love for Steinbeck, Zak chose to name his food truck after the story’s protagonist.

As for the menu, Doc’s keeps it simple. Similar to the book, the truck focuses on three menu items: Doc’s Classic Burger, Buttermilk Fennel Fried Chicken Sandwich, and a Black Bean Burger. Zak believes that if you’re going to be known for something, it’s better to perfect your offerings and keep them straightforward. Between all three sandwiches, you have options of red meat, white meat, or vegetarian.

It wouldn’t be a burger joint without fries, and at Doc’s you can choose between their regular french fries or their Double Whammy – a combination of fried green beans and french fries. Fries go best with ketchup, and Doc’s is famous for their homemade Red Bell Pepper Ketchup. All ingredients are local, including the Challah buns, which are made by Firebrand Bakery in Oakland, California. Zak strongly believes in keeping his food locally sourced, and highlighted that belief it in the mission statement. As he is based out of Oakland – a city that takes pride in independent businesses – Zak wants to “…enrich the local community through local comfort food.”

Following the successful launch of the first truck, Zak and his crew are getting ready to open another one. There’s no question that brick-and-mortar is definitely a vision down the road, but right now the focus is one the additional truck, which will help them keep up with the catering demands while satisfying their fans at daily local markets. 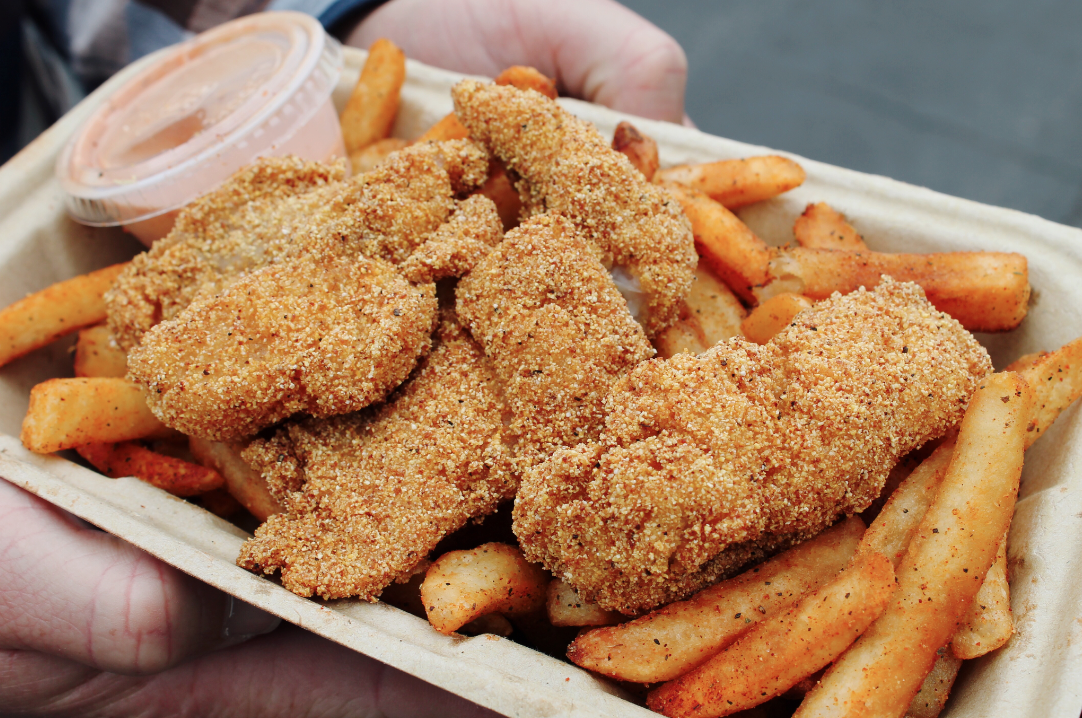 The Southern Comfort Kitchen food truck, which specializes in New Orleans cuisine, has only been out on Bay Area streets...

Five years ago, the Little Green Cyclo truck was just a big dream in the hearts and minds of founders...