Down in South LA, Instagram has become more than a marketing gimmick: it’s a way of life and money for a community full of chefs who’ve found a whole new way of breaking through.  And none have broken through in larger ways lately than the chefs we’ve compiled below.  Get started booking them right here

The bustling food truck is a result of two different chefs combining visions – Chef Lee of Smokehouse Lee and Chef Bivens of Soulo’s Kitchen (and named by Jenni, Bivens’ other partner in crime).  When they first got together for a pop-up event, Lee brought along his neighborhood-famous jambalaya fries, and while ground beef was originally acquired to turn it all into chili, the plan changed, and the Cajun Surf & Turf Burger was born instead.  A quick feature on foodiemobbb’s Instagram, and over 1900 likes later, and together it was decided that they’d found their calling card.  Billionaire Burger Boyz was born, and with the acquisition of some shiny new wheels, they were able to go mobile.  Now all of SoCal has access to some of South LA’s finest comfort food, and if it’s up to Bivens & Lee, that’s just the start.

In their own words, the chefs want to make their cuisine as omnipresent as Red Robin and Chili’s, with multiple trucks in every state exporting Cali soul to the masses.  And they’ve got the menu to make it all happen: The Billionaire Burger Boyz truck is bursting with the jumbo burgers currently making them famous, alongside the likes of jambalaya fries and hot wings that made each chef an impact player in to begin with.  Altogether, it’s a fresh take on LA street food that’s doing more than great business for itself – it’s drawing fresh eyes to the scene that birthed it.  Followed quickly by fresh mouths.  Check out our full fleet of burger catering options (including Billionaire Burger Boyz) right here

Follow these accounts to keep up with the Boyz:

@jenni.jen.jen – The great Woman behind the great Boyz

This sweet operation infuses its organic, agave-kissed flavors with the likes of mint leaves, cinnamon, coconut water and pineapple, giving you a superfruit boost to match the tongue-flooding taste.  Available at Earle’s Grille on Crenshaw or through delivery and catering.

Located in Maywood, Krazy Cup re-invents the likes of fresas, chamoyadas and elotes with layered, extravagant snack cups both savory and sweet.  Customize your own creation from the “munchies bar”, or simply say yes to a rotating flock of favorites – from “Abulelita” ice cream sandwiches to Cinnamon Toast Crunch milkshakes.

While a brick-and-mortar shop’s soon to open in Reseda, Bree’s Cakes has been making a splash throughout LA for years, thanks to inventive recipes that redefine dessert. Bree’s signature staple is the Soul Cake, which frosts cornbread with mashed potato and tops it all with fried chicken.  It’s an item that’s not just become Instagram-famous, but LA-ubiquitous. Begin booking Bree’s (or one of our other fabulous dessert trucks) right here

Gardena’s Oh My Burger has been throttling South Bay with burger bliss since 2011, and inspired an eating challenge that professionals from all over the country flock to to test their might.  The signature Oh My Burger Challenge pits contestants against a triple angus patty, onion rings, fried egg, signature sauce and house-made turkey chili.  No matter the outcome, everyone wins.  And for the even more daring, a trio of donut burgers seals OMB’s local legend status.

Working from emails and text messages, Wut-A-Pickle delivers LA’s freshest(?) pickles, packaged both small and in bulk.  Flavors range from tropical punch to green apple to spicy mango, alongside even wilder picks like blue raspberry lemonade, and even a mystery option, for those that like living on the edge.

Shad’s New Cali Catering is another Instagram personal chef service making Compton a spicier, more soulful place to eat, every Tuesday/Thursday/Sunday.  Cajun gumbo and juicy, glazed ribs draw in countless customers to the reservation list each week, but it’s the fried chicken that’s made Shad’s famous, even garnering a recent write-up from the LA Times.  Available in spicy and mild varieties, both stand as golden-crisp standards of soul food, and both tend to sell out within minutes of Shad’s pick-up posts.

I Love Funnel Cakes is whipping up the most original, extravagant funnel cakes South LA’s ever seen, shaped like hearts and topped with the likes of ice cream, toasted marshmallows and cookie-butter.  Fresh churros are available, and everything’s packed onto I Love Funnel Cakes’ food truck.  It can regularly be found serving in Inglewood, but pops up all over LA (and particularly in Venice) for various events.

Fast-growing Taco Mell Catering is putting a Crenshaw spin on Mexican street food, and delivering it from their taco truck, from their storefront, and wherever you need it most.  Their patented three meat burrito is the stuff of dreams, and those dreams are getting bigger every day.

Not Your Mama’s Kitchen

Not Your Mama’s Kitchen is serving up classic soul food and popping up all over town now that they’ve got a food truck to expedite their wares.  Pitch-perfect fried chicken, alongside homestyle mac & cheese and other sides bring in scores of customers looking for Sunday dinner, whether it’s Sunday night or Tuesday afternoon.

The Slider Guy hand-presses burgers and sliders with both traditional and absurd toppings.  While typically operating from their truck, the operation also pops up at events all around South LA, and can cater most any event too.

Helmed by Autumn Collins, a former night nurse who invested all of her savings into a flat-top grill, Sharrific Tacos delivers a distinct brand of Mexican fusion.  Collins sells her home-cooked wonders out of her home, at various parks, or at parties throughout LA.  Her catering’s become big business, and each taco hides even bigger taste.

If you know of a South LA chef who needs to be on this list, comment below! Bonus points if their account is filled with drool-worthy food photos. 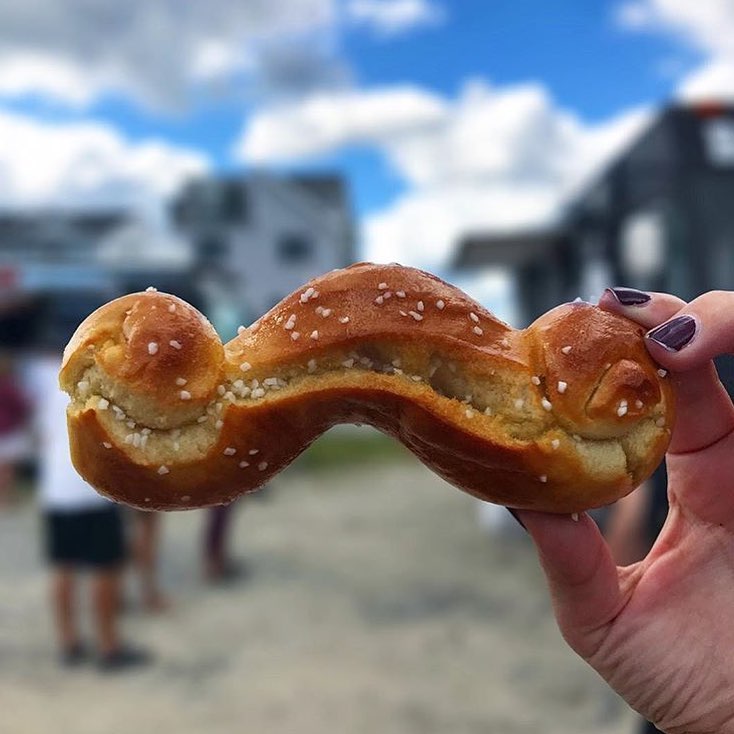 4.5 Lessons from 4.5 Years in the Food Truck Industry 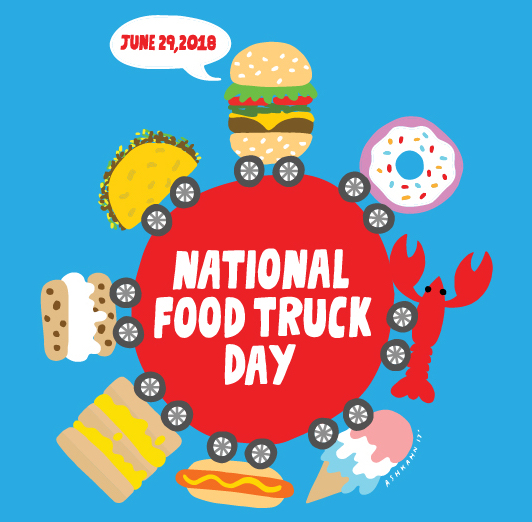 Food Truck Day is back, and despite the name, food trucks are just the start of the story.  On June... 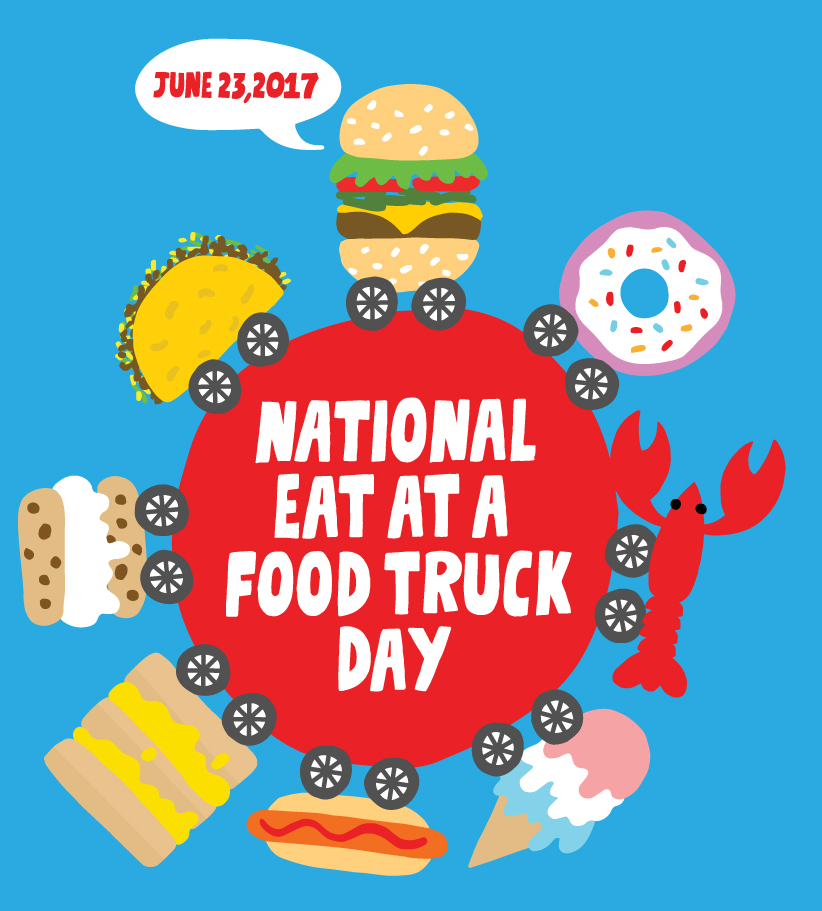 National Eat At A Food Truck Day is Back

As we get closer to the second National Eat At A Food Truck Day, we started reflecting on how far...