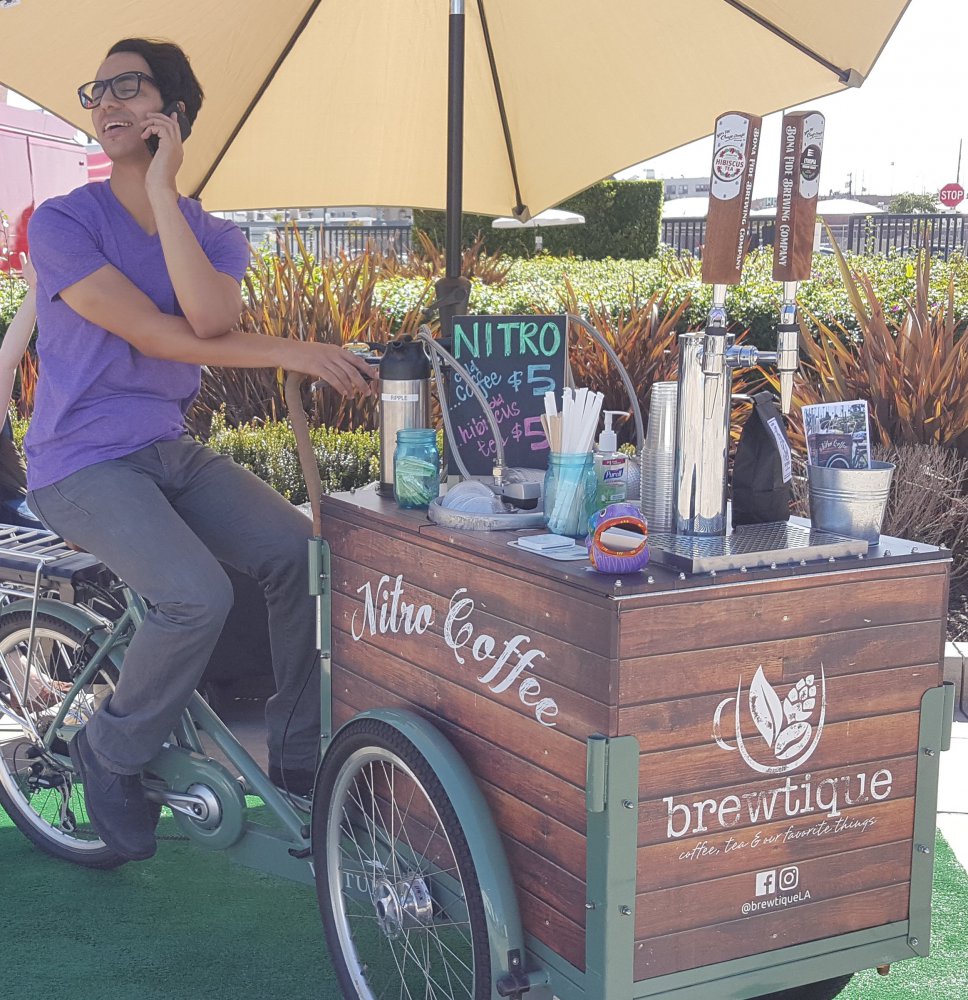 A yummy and healthy snack to keep you going. Nuts, seeds, dried fruit.

Assorted Pastries from a local bakery.

A slice of our Lemon Rosemary Olive Oil Cake is the perfect, refreshing snack.

A hydrating twist to nitro drinks, this time with hibiscus and a little stevia to provide the perfect taste for a hot day.

Slow brewed ginger, cinnamon and lemon which can be topped off with honey and cayenne for a soul soothing elixir.

Clean, crisp, and simple! Fresh ginger and mint come together in this brilliantly refreshing drink.

Our take on chai, brewed with coconut milk for a rich and creamy experience.

Brewtique has already established itself as Los Angeles' premiere boutique coffee shop, serving up a bevy of drinks to the most deserving caffiends. But now, they're taking that neighborhood coffee shop feel and wheeling it around the streets, in what they're calling a nitro trike. That's right. This isn't a food truck at all. Instead, it's a coffee cart specializing in that ever so trendy and ever so smooth nitro brew, and LA's never had better. Each batch of their specialty nitro brew starts with quality beans, roasted in small batches to bring out the strongest and most robust flavor, naturally. Then, the grounds are subjected to the below freezing temperature of nitrogen gas, pressurized through a valve with tiny holes. The result? Coffee right from tap, as smooth and creamy as you'll ever get it. Brewtique's got it down to a science, and you'll be fully satisfied with the result. They're also wheeling around their premium selection of teas, should you prefer it. But really, it's all about that sweet nitro brew. To satisfy your tastebuds with coffee of a higher status, find Brewtique in Los Angeles. And trust us. LA's never had better, and neither have you.