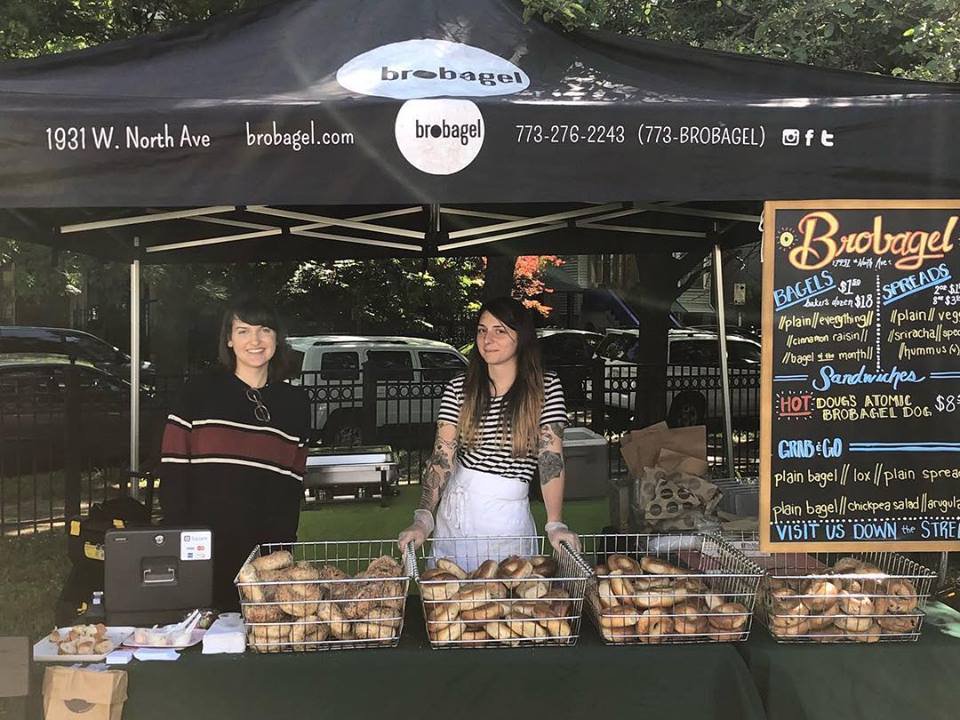 Run by a band of brothers from New Haven, CT, Brobagel operates with the simple goal of introducing flawless versions of their eponymous fare to Chicago, IL. It all started back in 1983. Upon moving to the Windy City after graduation, Andy, Bill, Pete, and Steve Jacobs noticed the bagel scene was only so-so despite Chicago’s reputation as a stellar food city. Fresh out of college and in need of work, they went into business together and have been going strong ever since. Bagel options run the gamut from a plain ole’ egg bagel to varieties like onion garlic, asiago, and cinnamon raisin. Grab one with your choice of spreads, whether it be lox or roasted jalapeño. Or, try any number of custom bagel sandwiches. From a bagel packed with tuna salad slathered in garlic aioli to one stuffed with pepperoni and marinara sauce, you’ll want to try every option. The best part? They cater, so book Brobagel for your next event. MUST TRY The Mozz — Spongy fresh mozzarella plus tomatoes, basil, and a generous dose of homemade pesto served on your choice of bagel.