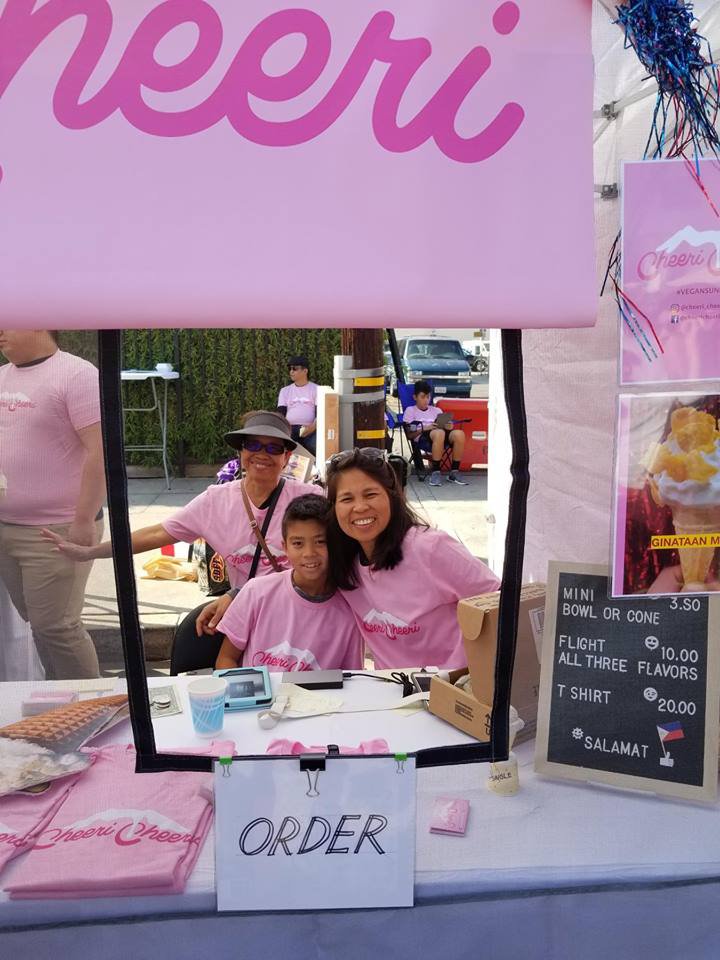 Christy Cunanan grew up loving the sound of the ice cream truck rolling through her neighborhood in Pasadena, CA. In adulthood, she wanted to bring that joy to others with an ice cream truck of her own, but with one with a small twist. Of Filipino heritage, Christy decided to serve up Filipino ice cream only. Now, you can see her rolling around LA adding her own heritage to the city’s dessert scene with Cheeri Cheeri Ice Cream.

Christy’s ice cream comes in loads of flavors. From the coconut-vanilla taste of the buko pandan to the tart glory of the calamansi, there’s something for every palate here. Given the rich and creamy nature of these desserts, here’s a fact that might surprise you – they’re 100% vegan. That’s right. This velvety texture was made sans milk and cream. Originally, Christy served ice cream made with dairy products, but several family members were plagued by health issues in 2017. When her loved ones had to adopt a vegan diet, Christy made her fare 100% compatible with their restrictions. Whether you’re vegan or not, however, you’ll love these unique sweet treats. So, swing by Cheeri Cheeri Ice Cream ASAP and grab a cone. Even better? Book ‘em for your next event. You won’t regret it.