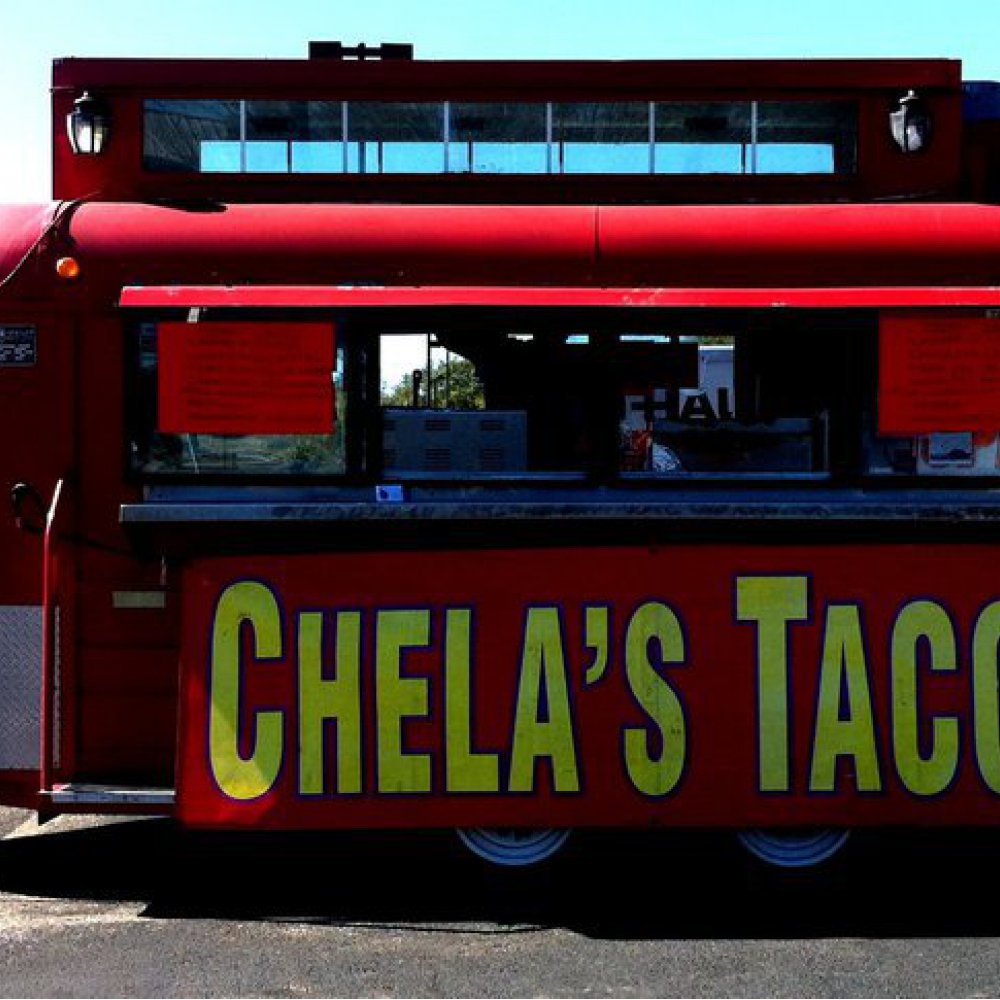 Chela's Tacos is keeping things simple for the good folks in San Antonio. They serve tacos. Simple, delicious tacos. That's it, but it's so much more than that. Because these are Chela's Tacos. Got it? Good. Chela's Tacos is an award winning authentic Mexican food truck, wheeling around only the best tacos you'll find in the big ol' state of Texas.

We know, that's a pretty big claim to make. But Chela's Tacos has taken home multiple awards for their traditional cuisine, winning both the people's choice and gold medal from the prestigious San Antonio Reader's Choice Awards. If that isn't enough for you, well, Chela's Tacos are made using only the freshest quality ingredients, from recipes passed down over generations of talented cocineros. Here, you're being treated to true flavor, with no tex-mex frills necessary. Chela's Tacos are culled from regions all across Mexico, including meats like carne asada, cochinita pibil from Yucatan, even carnitas in the Michoacan style. So hit the pavement and you'll find Chela's Tacos truck roaming in San Antonio and beyond. Trust us. You've never had tacos quite like this, transporting your tastebuds to south of the border bliss.

Chicken Cilantro - the classic street taco is given the Chela's treatment with chopped chicken grilled to perfection in traditional spices, topped with diced onions and, you guessed it: cilantro