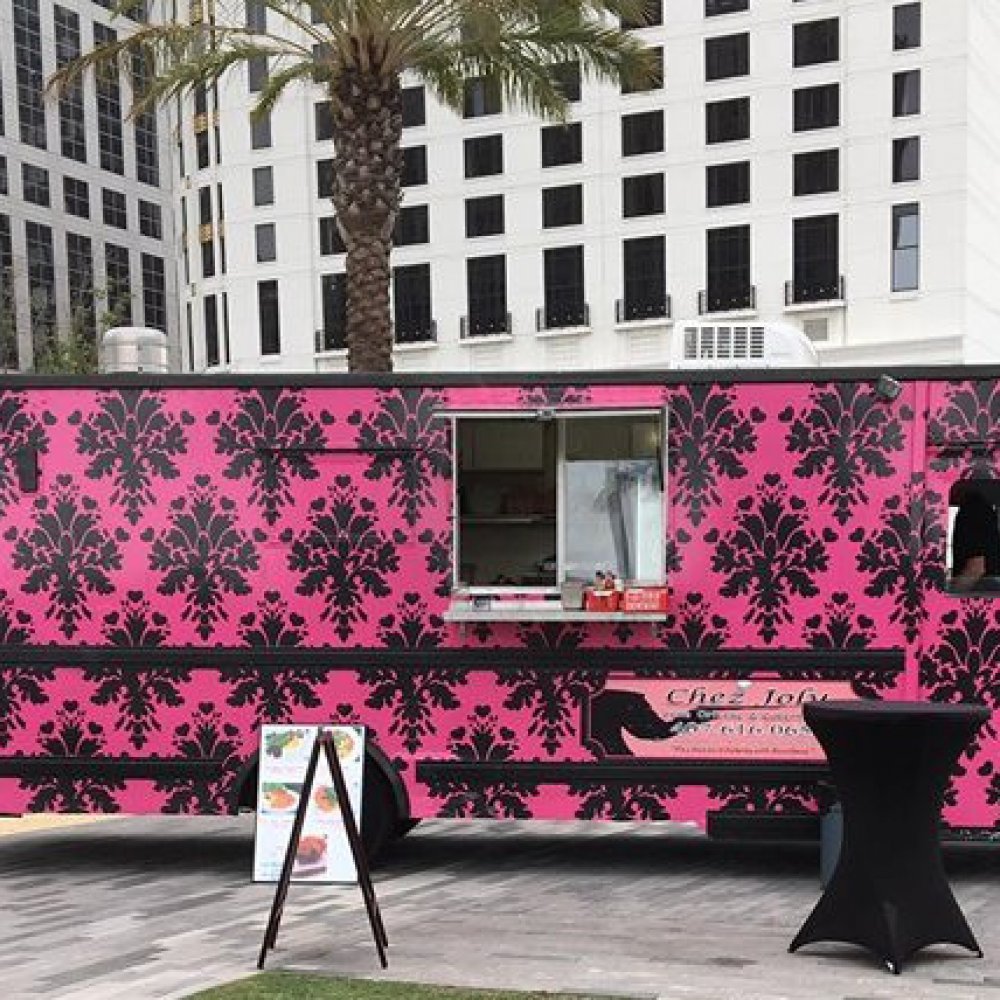 Since 1996, Chez Joly Catering has raised the bar on traditional catering services, serving up quality cuisine to a myriad of events throughut the nation and internationally. Which in and of itself is no small feat. But now, Chez Joly Catering is taking on a new culinary challenge, serving up that same quality cuisine from a food truck roaming in Orlando. And trust us. It's one they're totally equipped to take on. At Chez Joly Catering, they're tackling hunger from two angles, in all American classics and a taste of the islands in their authentic Caribbean cuisine. And Florida's never had better. For a better burger, try Chez Joly's no frills all angus patty, with melted cheese and lettuce and tomato alongside perfectly crisp french fries. It doesn't get any more American than that. But should you want a world of flavor, Chez Joly's offering lamb chops in a specialty marinade alongside sweet and spicy curry chicken and fall off the bone ribs with saffron rice. And we've only described a few of this food truck's menu, built to satisfy and delight everyone's palate. Track down Chez Joly Catering to get a taste of it yourself, or invite 'em to cater your next event. In Chez Joly's talented hands, it's sure to be one you won't soon forget.