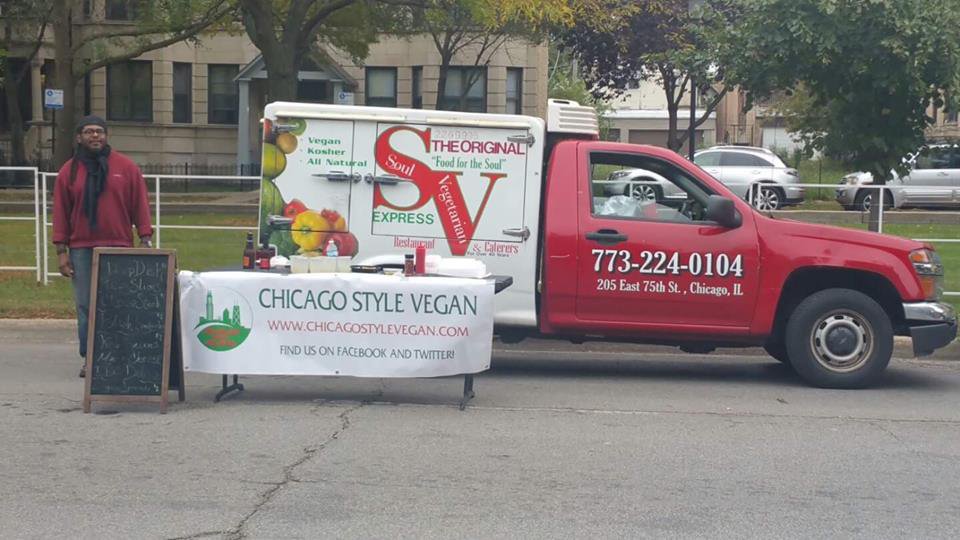 Chicago food is nothing if not hearty, but hearty doesn't have to mean meaty. Even when we're talking about classic, Chicago-style deep dish. CSV's pizza has quickly amassed a reputation as one of the best in the city, and not just for ingenuity's sake. The full-flavored, robust wonder tastes traditional enough to fool lifelong Chicagoans, but for those in on its secret, it's even more of a kick to taste. A fine selection of phillies, gyros and the like round out the rest of the menu, ensuring no classic comfort goes un-captured from CSV's loving, ingenious touch. For loyal vegans, it's a touch that's been a long time coming. For deep-fried, triple-layered aficionados of extra grease, it's......a tough that's been a long time coming. So whether you're coming to get your vegan cravings met, or coming to challenge your entire worldview, Chicago Style Vegan is here to greet you with a meal you won't soon forget, let alone stop raving about. Give 'em a visit & they'll give you a new definition of hearty.