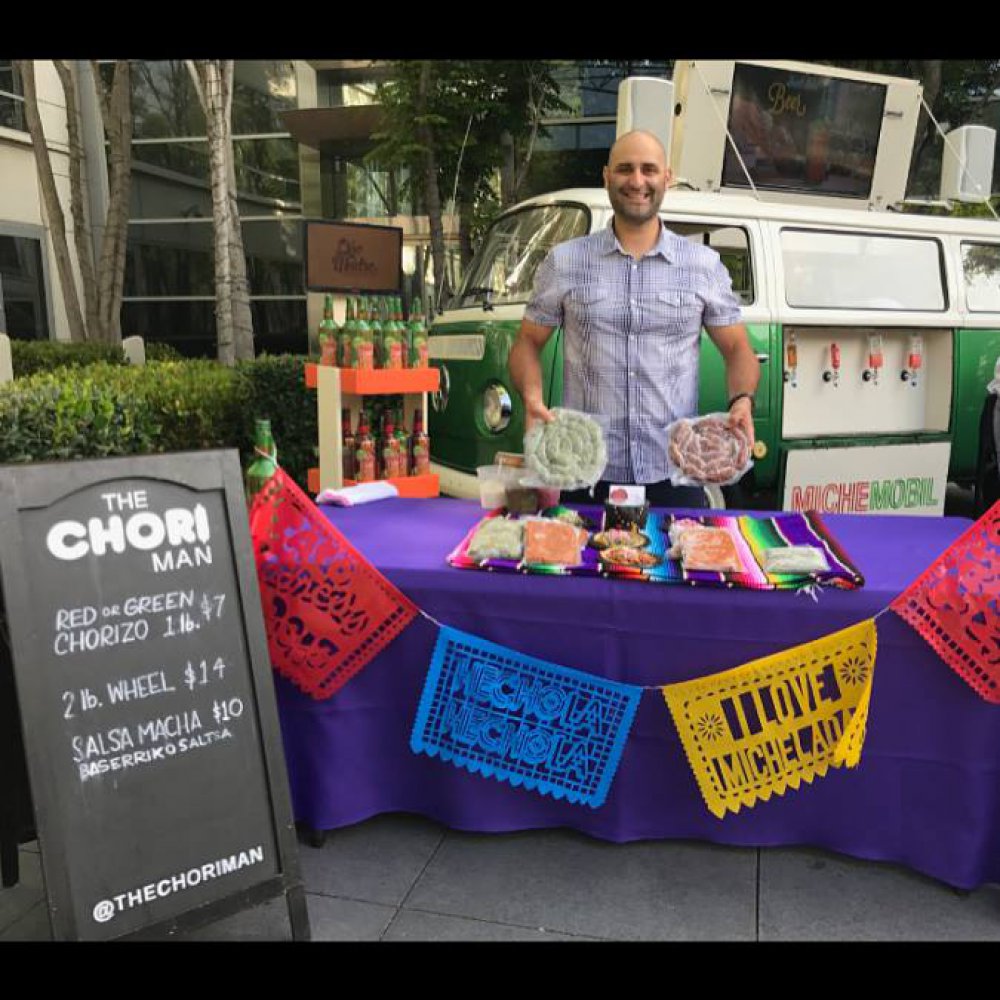 The Chori-Man's got a chori-plan, to serve all of Los Angeles with his primo selection of chorizo. But these aren't your regular old sausages. No, The Chori-Man's well versed in the art of artisan style chorizo making, learning the craft from his dad and uncles back in Zacatecas, Mexico. Although he's got his own cart now, The Chori-Man came from humble beginnings. At first, The Chori-Man made 100 lbs. every 3 months, peddling his wares from door to door. But eventually, the public caught on. These chorizos were flying off the Chori-Mobile, not literally, but you get our meaning. Soon, The Chori-Man had to up his output, and now, he's making upwards of 400 lbs. per month, selling his quality chorizos to a few of the top restaurants in LA. Did we mention he's got the best chorizos in LA? That's not just our opinion, by the way. He got that honor from the LA weekly. So don't delay. Get The Chori-Man's chorizo, he's got eight savory options for you to choose from, ensuring complete and total satisfaction. Guaranteed.