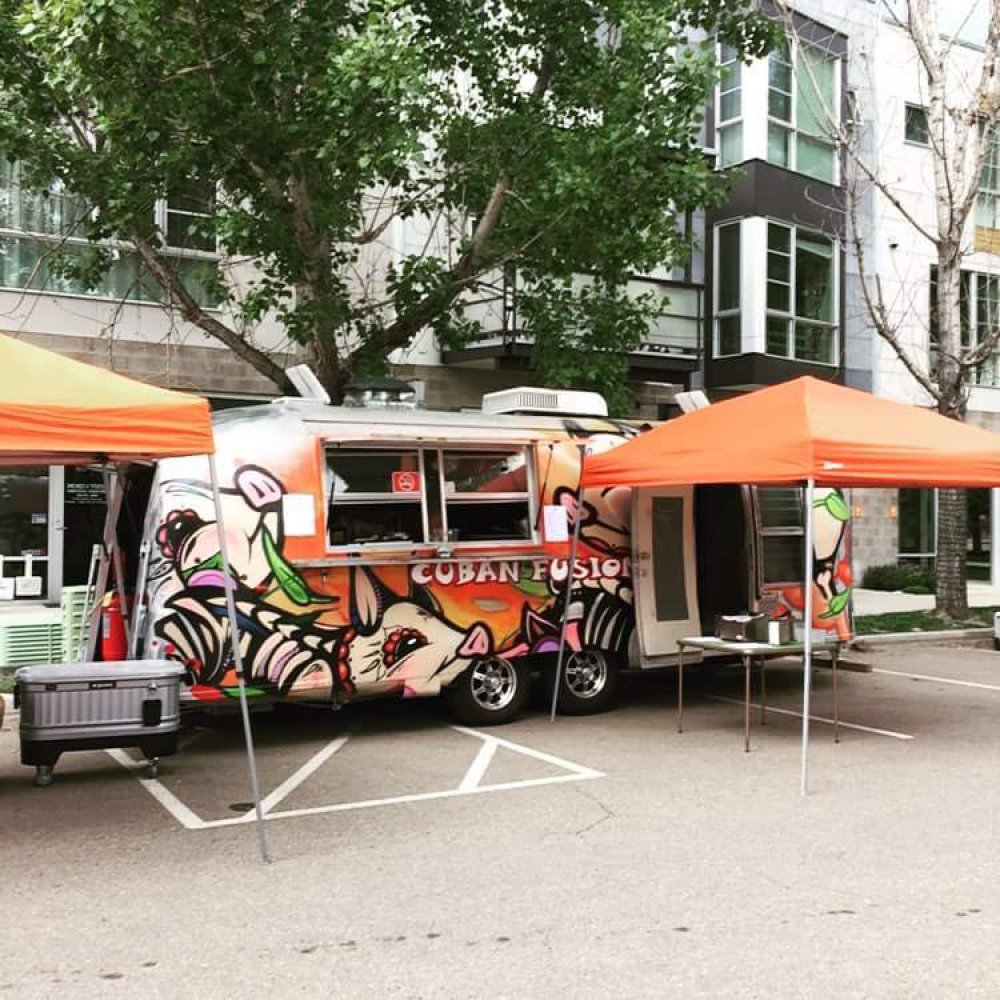 Cuban Fusion is giving Colorado the opportunity to travel. Let us explain. It's a food truck that specializes in its ability to transport tastebuds to island bliss, serving up all authentic cuisine from Cuba. Because let's face it, it gets real cold in Colorado, so this food truck is much needed to bring the heat to the streets with spicy exotic foods you won't find anywhere else. Okay, so it's called Cuban Fusion for a reason. Sure, you'll find some staples of Cuban cuisine on the menu, from the ever popular Cubano filled with ham and swiss cheese to the traditional Picadillo ground beef in a sandwich. But where Cuban Fusion shines is in its unique offering of fusion plates, tackling big time hunger and taste all in one go. And it's all coming to you from the talented Chef Lisa Angelo. After having a brush with cancer and surviving, she took on the YOLO mentality, put herself through culinary school, and came out on the other side with her very own food truck. If that wasn't inspiring enough, her menu is equally inspired, so you should be inspired to get out and try it for yourself. So go on. Hit the pavement in Erie, Denver and beyond to treat yourself to this exotic cuisine. Trust us. It really is that good. MUST TRY See Cuban Fusion’s Website