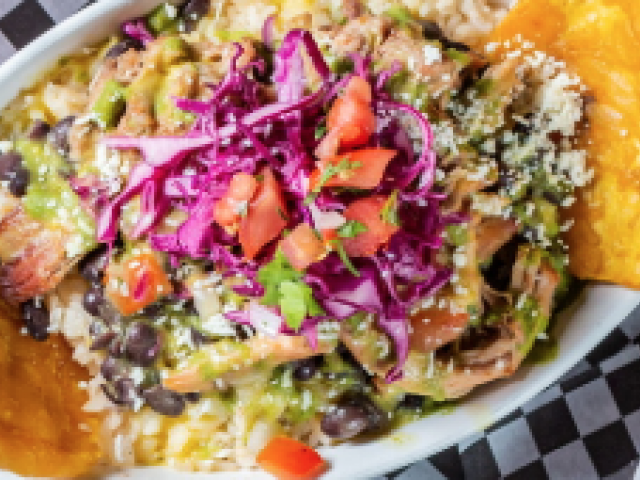 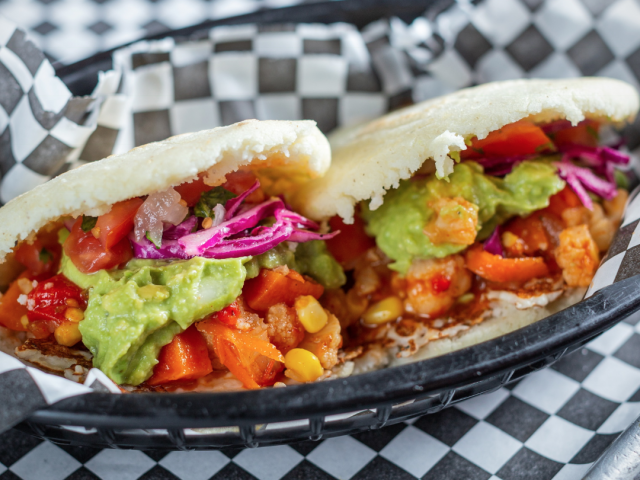 Mini tacos with pico de gallo and choice of meat

Corn tortillas topped with a sofrito mix comprised of roasted cauliflower and carrot, and choice of salsa

Topped with your choice of protein, cheese, cabbage slaw and choice of sauce

with Scrambled Eggs, Black Beans, Cheese, and choice of Chicken, Pork, or Veggies

Your choice of protein with black beans, egg and cheese. Served with purple cabbage slaw and house-made salsa (mild or spicy)

(2) per serving. Chicken, Pork or Veggie.

Venezuelan born Benoit Angulo met his future wife Rachel while they were both working in a New Orleans restaurant. One night, after a long shift, they went on the hunt for some late night eats. When their quest for quality food after hours proved fruitless, it planted the seed of an idea that eventually became La Cocinita Food Truck. Now, not only is business booming in the Big Easy, Benoit and Rachel have opened a second truck in Chicago, IL.

The menu boasts a bevy of contemporary Venezuelan-inspired Latin American street fare. You can grab an arepa, taco, burri-taco, or bowl filled with your choice of protein, La Cocinita offering everything from braised chicken to roasted sweet potatoes and black beans. Then, there are the sauces. These bold spreads are packed with full-flavored seasonings like cilantro, chipotle, and roasted jalapeño. Believe us, this cuisine is good, so good it’s received praise everywhere from CNBC to Food Network to the Cooking Channel. So, head on out and try it for yourself ASAP. Or, even better? Book La Cocinita Chicago for your next event. You won’t regret it.