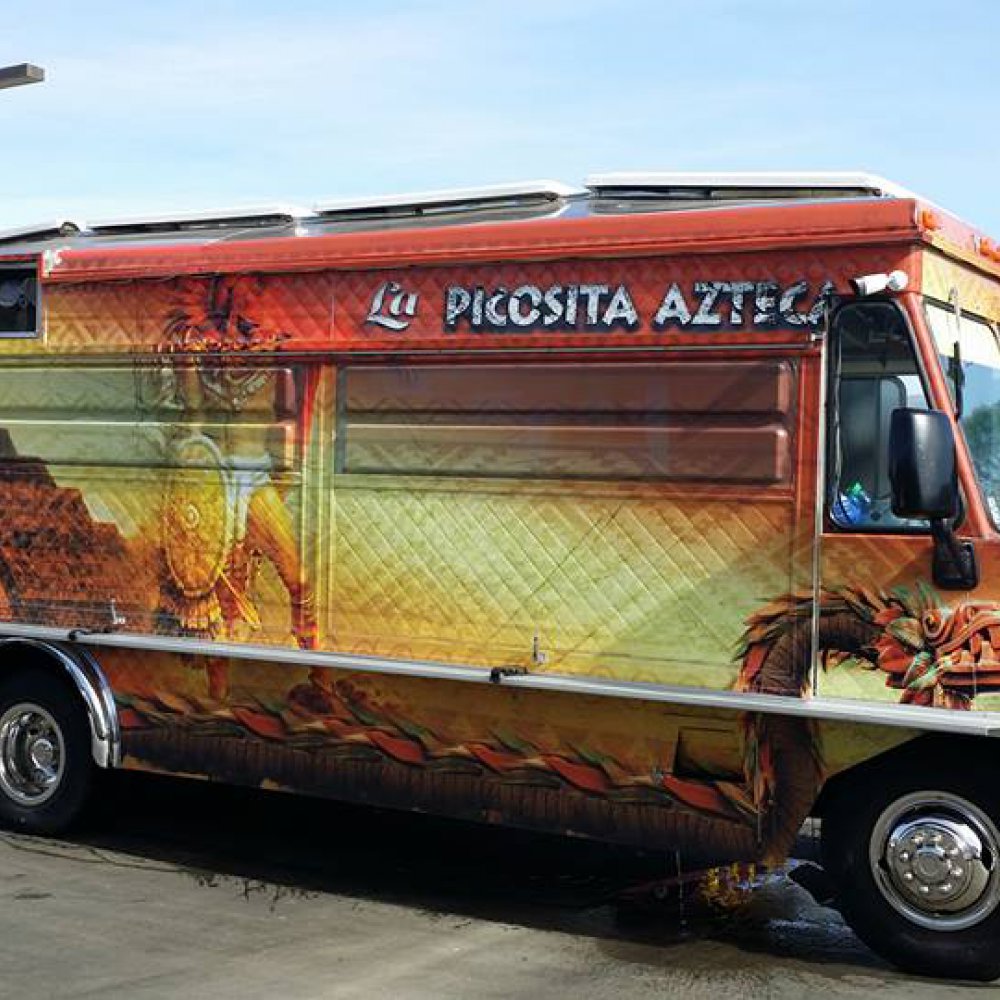 From tacos and burritos to tortas and quesadillas, all the staples of traditional Mexican cuisine are here. But La Picosita Azteca ventures into the rarely seen antojitos menu, offering street snacks and classic comforts you'd only find in Mexico City. Until now. Now, it's La Picosita's territory, and they're dominating with pambazos, tostadas de pata and the over the top savory birria de res. And sopes. And huaraches. And honestly too much to list out here. So get on over to La Picosita Azteca to see just what you've been missing. It's bound to be just what you're looking for.

Pambazo - we mentioned it before for good reason. Specialty guajillo de chili red sauce coats white bread for a savory sandwich stuffed with your choice of meat