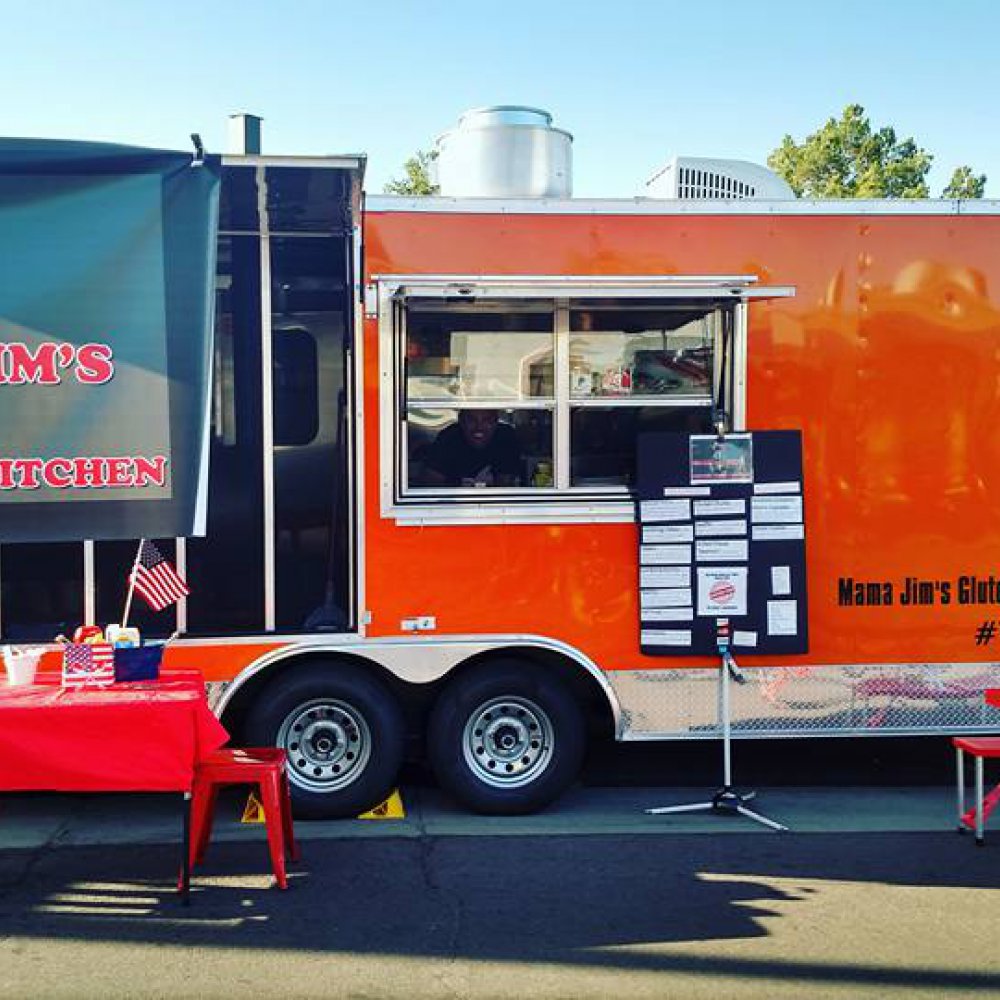 When "Mama Jim" was told by his doctor to cut gluten out of his diet, it seemed like he was saying goodbye to everything tasty in the world. Luckily for everyone, he toughened his resolve, and decided to start making gluten-free food that tastes good! Years later, he's honed his craft, and developed a fantastic menu loaded with tasty eats, including sandwiches, nachos and burritos, and cupcakes and cookies - all without that pesky gluten floating around. Check it out whether you have a gluten intolerance or just want some good eats - it's delicious to everyone who wants to give it a try.