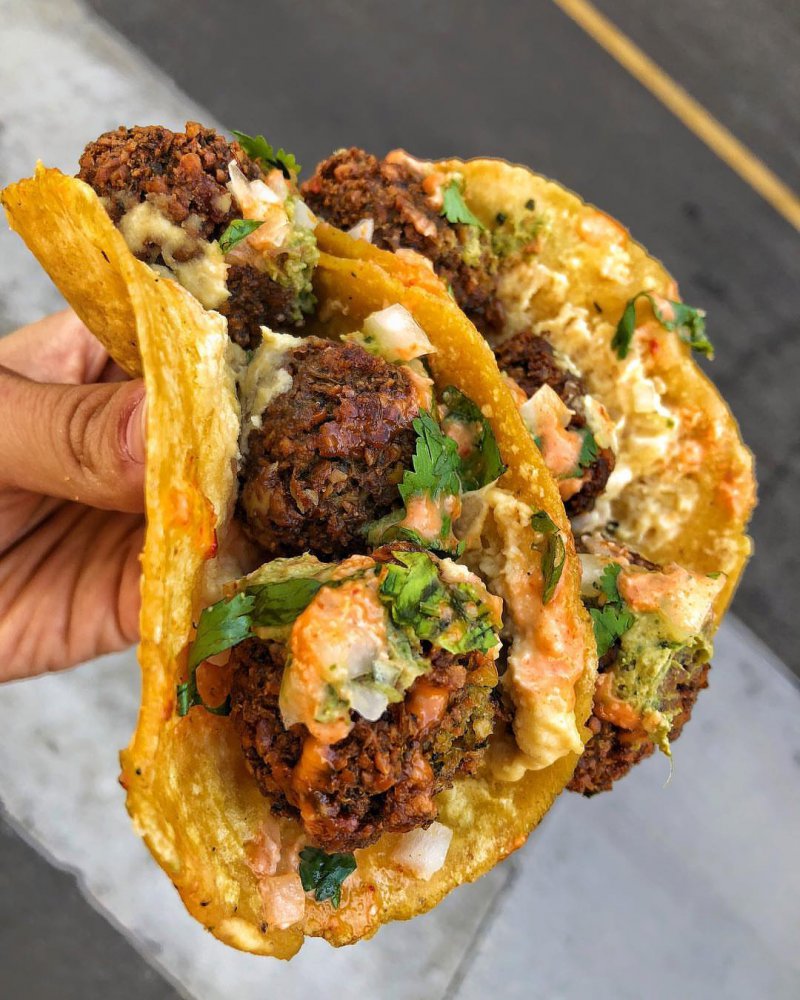 If you’ve been to the 300 square foot paradise of Armenian cooking that is Mini Kabob, you’re already aware that owners Ovakim and Alvard Martirosyan are absolute titans of their craft. It only makes sense, then, that when their son Armen decided to apply the hard work and love that he learned from his parents to his own project, it turned the Los Angeles street food scene on its ear. At Mid East Tacos, he’s serving the meats of his Armenian roots inside the corn tortillas that represent this city’s street food: this pop up is Martirosyan’s love letter to LA. It may sound like hyperbole to say that he’s serving some of the best tacos in LA, but it when you pair the chicken and steak of Mini Kabob’s legacy with hand-made corn tortillas, a thin layer of hummus along the bottom, and homemade sauce, it’s a no-brainer. Falafel is an option too, with three perfectly-sized falafels leading you through what Martirosyan calls “the perfect three-bite taco.” Gigantic burritos round out the rest of the menu, so if you’re looking for one of LA’s biggest sleeper hit pop ups, look no further than Mid East Tacos. Hunt them down at Smorgasburg on Sundays, or better yet, just book them to cater your next event. MUST TRY Tacos — Your choice of chicken, steak, or falafel, served with onions & cilantro, hummus, and house-made chipotle sauce