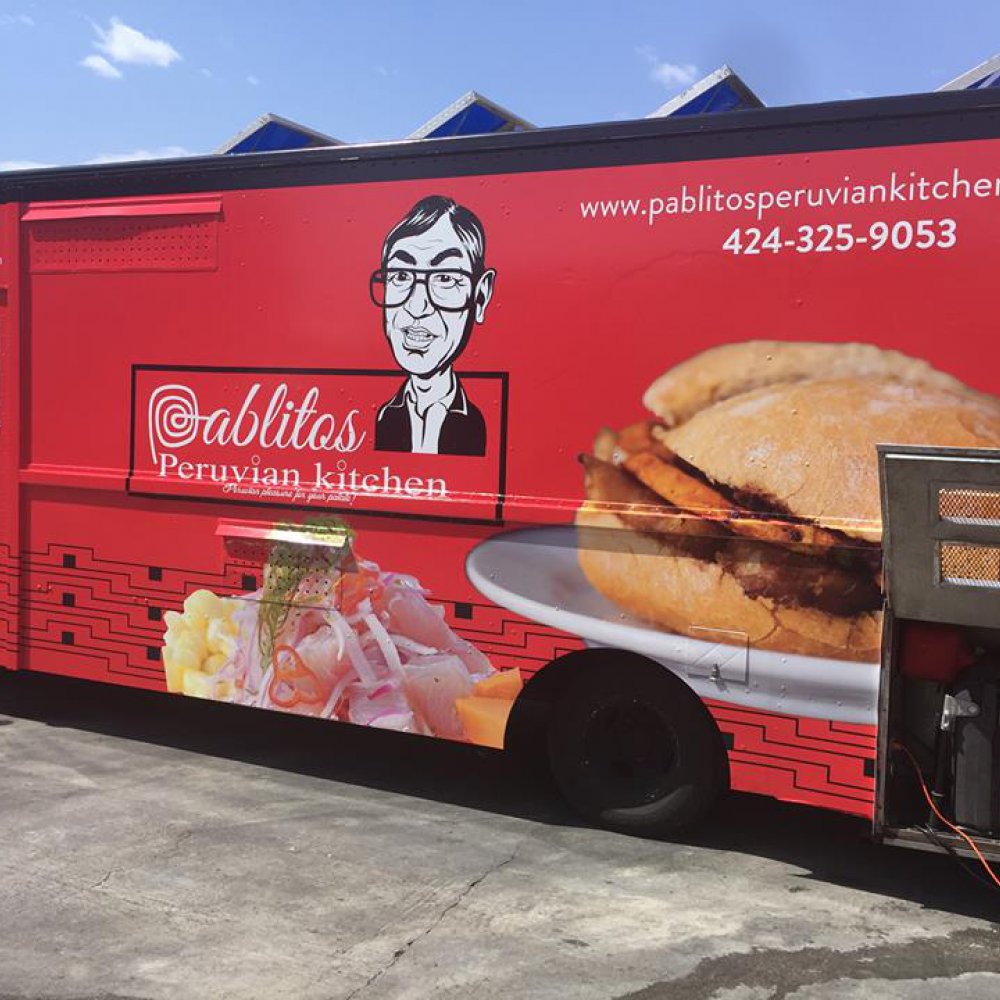 Pablito's Kitchen brings Peruvian to Burbank with all the volume turned up, dispensing flavors and forms that'll make new kinds of waves on the LA food truck scene. Starting with a wide assortment of ceviche, ranging from a base as light as fluke or as complex as muscles. Salads, sandwiches and loaded fries blanket the rest of the options, with a bevy of main courses commanding full attention when it's finally time to go there. What's more is Pablito's does catering, so you can make waves by making waves. Waves on waves on waves of Peruvian magic, al at your disposal. It's almost too much power. Almost. Hit up Pablito's Kitchen to test the power for yourself. You might find it corrupting, in the best possible way. MUST TRY * A monster of a Jalea - featuring fried fish, fried calamari, fried octopus, and fried muscles, under fried yucca, finished with a fresh salsa criolla. Fried texture city, with a population of only you. Kinda the perfect scenario. * Chicharron Pizza - exactly what it sounds like. And tastes even better than that.