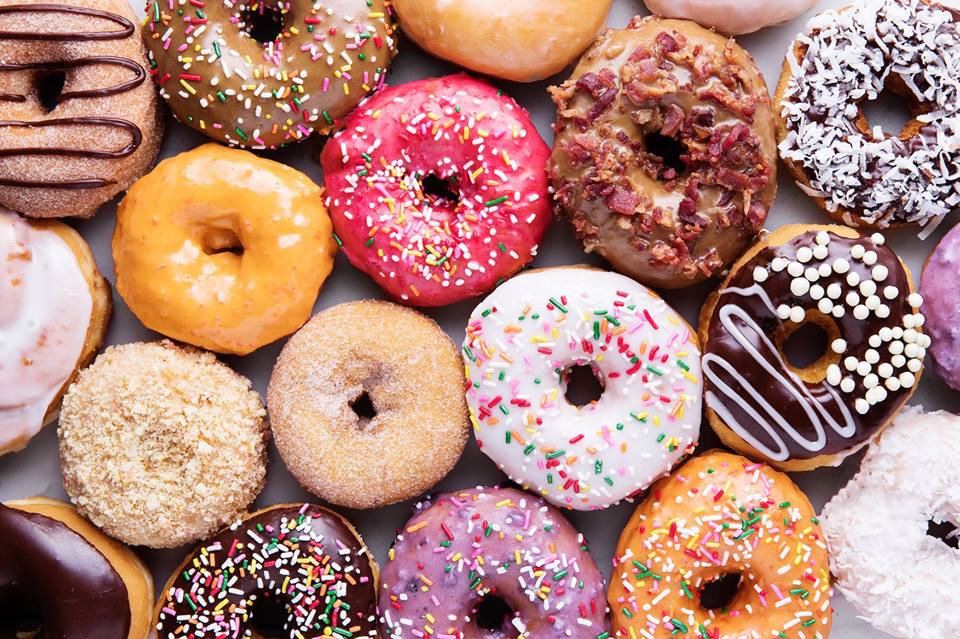 Primo’s Donuts has a long history in the Los Angeles, CA food scene. They’ve been around, in fact, since 1956, so the staying power alone should tell you something about the quality of these confections. It all began when the Primo family was driving home after an unproductive day of house hunting and their son spotted a sign for a donut shop. The family ended up stopping by, and patriarch Ralph Primo asked the owner about job openings. The store keeper said he was actually looking to sell, and Ralph bought the place on the spot. Fast forward a few decades, and the business is still going strong. The donuts here come in every imaginable flavor. You can go for tried-and-true options like a good old-fashioned glazed donut or a chocolate donut. However, more adventurous eaters can try more decadent blends, like maple bacon, cinnamon churro, or apple cinnamon. If you’re not feeling donuts, there are a range of other classic baked goods like tarts, danishes, and cinnamon rolls. There are even savory options, like buttery, flaky croissants stuffed with turkey, ham, and other meats. And did we mention vegan options? Pair your choice of confection with a cup of freshly brewed Stumptown coffee for an unbeatable snack that’s great any time of day. Are you drooling? Then stop by Primo’s Donuts and sink your teeth into some saccharine confections. Even better? Book ‘em for your next event. You won’t regret it. MUST TRY Peanut Butter and Jelly Donut - A light, airy donut stuffed with a mix of peanut butter and raspberry jelly.