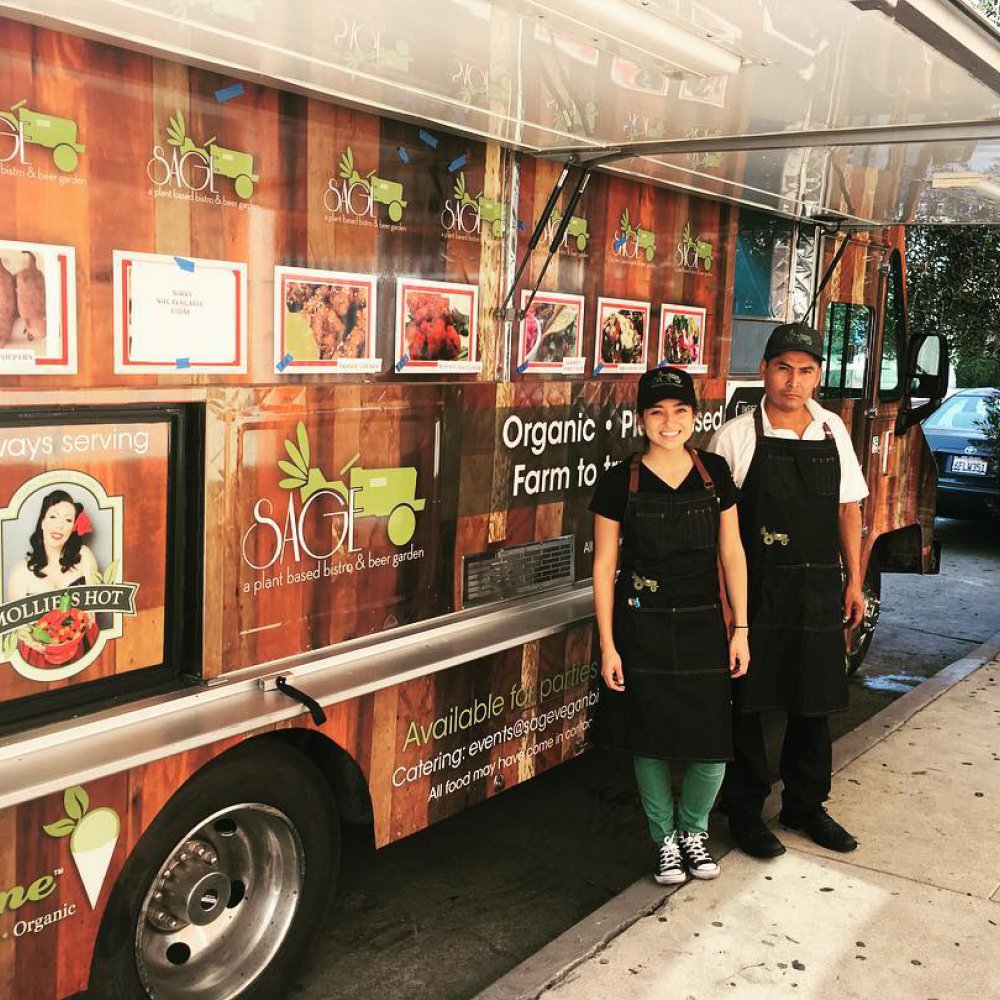 The words "organic" and "vegan" rarely apply to the food truck scene. Thankfully, Los Angeles now has a food truck that's exactly that, and the name's Sage Organic Vegan Bistro. Since 2011, Sage has been giving Culver City a whole host of comfort foods made vegan and organic, ensuring big time taste along with big time change. Their mission? To change our food perception and how what we eat impacts the world. Which is why Sage Organic Vegan Bistro is bringing farm to table eats, sourcing all ingredients locally that are, of course, vegan and organic. Just what exactly are they serving at Sage Organic Vegan Bistro? A whole host of comfort foods. We know, those are usually the most unhealthy. But in the talented hands of Sage's cooks, anything is possible. On the menu, you'll find appetizers such as fried brussel sprouts and buffalo cauliflower wings, mimicking chicken to a tasty more than successful result. Oh, and they've also got Mexican food in their carnitas jackfruit burrito and bowl, and savory baja avocado taco. Don't knock it 'til you've tried it. It really is that good. So find your own healthy meal by finding Sage Organic Vegan Bistro on the streets of Los Angeles. Trust us. They're blowing away the too often assumption that healthy food isn't as tasty as its unhealthy counterparts, in a big menu built to satisfy. Guaranteed. MUST TRY