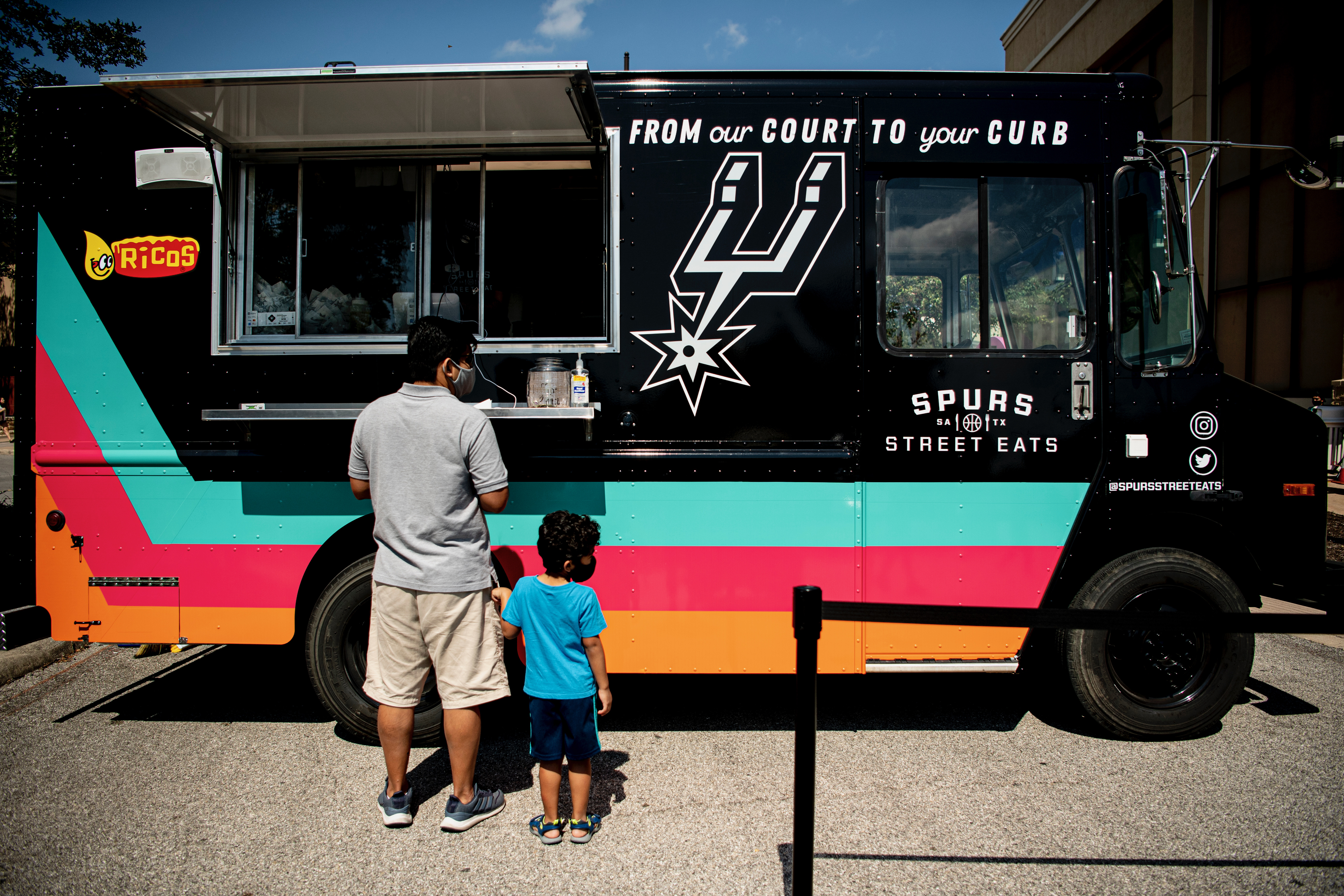 From the home of the San Antonio Spurs comes Spurs Street Eats, a slam-dunk combination of Latin American street eats, including empanadas, street tacos, pan con lechón, and the featured loaded baked potato, winner of the Spurs Street Eats fan vote. Look them up in San Antonio or have them over for game night!