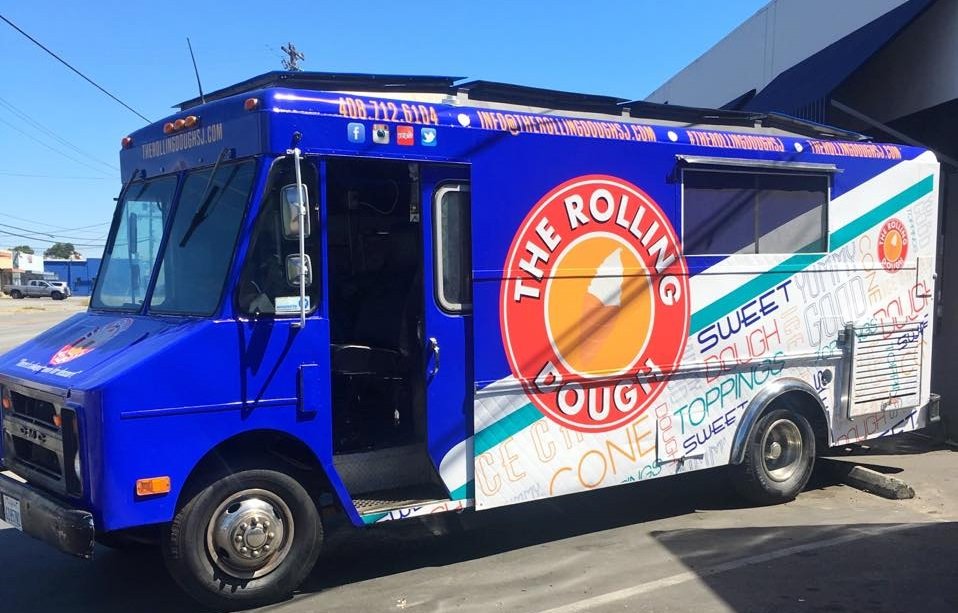 Single or double scoop with one free topping or drizzle

About The Rolling Dough

The Rolling Dough is rolling through the streets of San Jose, serving up a rarely seen dessert that's sure to change up the food truck scene. It's the Hungarian chimney cake, with fresh dough rolled into a cone shape and filled with a myriad of flavors to treat your sweet tooth famously. Because why get a regular ice cream cone when you can get it all rolled up in a chewy, cinnamon-dusted chimney cake? The Rolling Dough offers up premium scoops in flavors such as horchata, coffee almond fudge and their most popular, heaven: a vanilla base swirled with chocolate and peanut butter with brownie bites in the mix. Catch The Rolling Dough rolling on by in the bay area for a dessert that will roll over and crush your dessert expectations. Guaranteed. MUST TRY