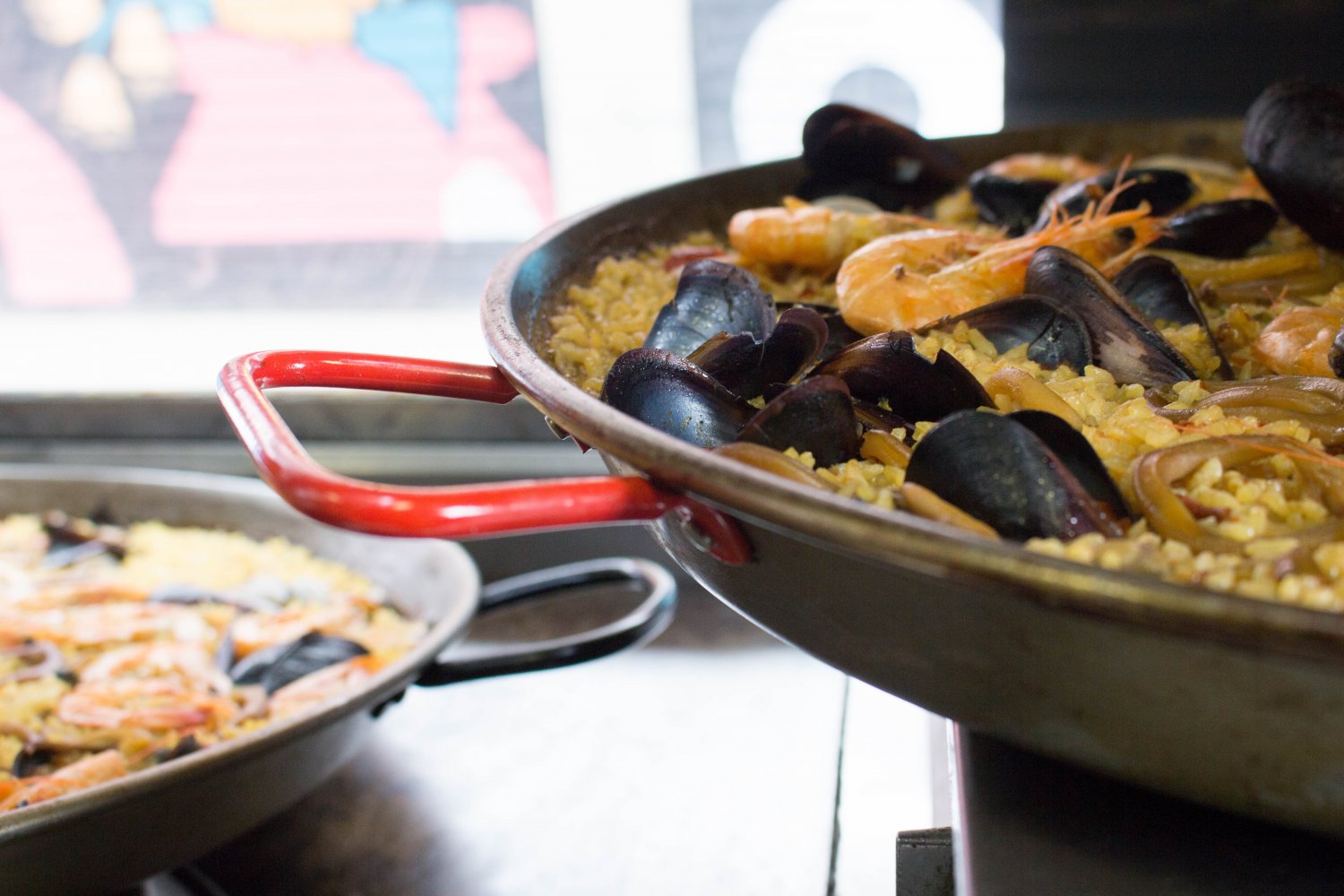 The Tapas & The Papas

Fried potatoes and onions in an egg mixture, cooked in a tortilla. Serves 3-4

Spanish dish of saffron rice cooked and served in a wide, shallow iron skillet, spiked with your choice of meat

About The Tapas & The Papas

The Tapas & The Papas. It's a catchy name, and an even catchier food truck by way of authentic Spanish cuisine. They're importing tradition by offering a menu filled with the big and bold flavors of Spain into tiny, delectable forms by way of tapas. And Los Angeles has never had better. While tapas are usually relegated to the appetizers, The Tapas & The Papas elevates them to an entirely new level of sophistication. Here, you're getting meals that are home cooked by a chef who initially ran a fine dining establishment in Spain, but decided to spread the good eats stateside. Start with a bowl of hot stew, including specialty clam and bean, and head to the meat section of the menu to get steak, chicken, and fish all spiced to perfection using ingredients imported from Spain. And, if you're looking to satisfy your sweet tooth, you'll find desserts such as orange flan and bread pudding. This is the finest food you're gonna find on four wheels, so don't wait. Hire The Tapas & The Papas for a bevy of eats, imported from the Mediterranean right to your backyard. MUST TRY