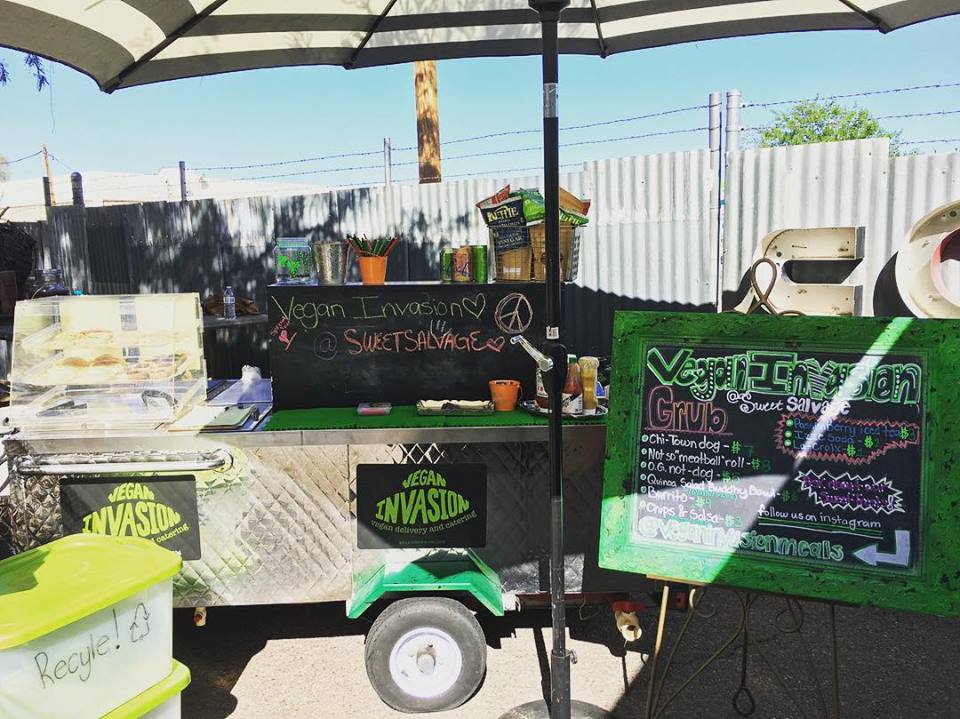 An apple sage link served on a steak roll, topped with a red cabbage an carrot slaw, and garnished with a pickle spear, goes great with mustard (V)

Elote on the Bun

Not So "Meatball" Roll

Vegan Invasion is Arizona's one and only vegan hot dog cart, the first of its kind and the tastiest, too. They're calling 'em vegan not-dogs, which is not only clever, it's also mind-boggling how delicious these links truly are. At Vegan Invasion, you'll find these not-dogs are topped with locally sourced ingredients that make 'em all the more fulfilling, in more ways than one. From the classic Chicago style to one loaded with vegan chili, rest assured you'll get your hunger curbed on the curb. But that's not all. Vegan INvasion's also got roasted veggie Buddhy bowls, along with hand crafted sweet empanadas, chocolate chip cookies and a bevy of snack. What we're saying is, you've got options, and Vegan Invasion is here to deliver. Literally. Book 'em to cater your next event, or find 'em in Phoenix. You won't regret it. MUST TRY - switch out that not-dog for a corn on the cob, done up right with vegan mayo, cheez and chili spices