As one of the most diverse cities in the United States, Houston has a dining scene that few others can boast, with goods ranging from southern comfort favorites to faraway discoveries (brought by African & Asian residents that have made the city home over the last century). The local food truck scene reflects this collage, and truly offers something for every taste.

For a few years now, Midtown has been the hottest neighborhood in Houston. A rolling blend of residential homes, apartments, and condos all lined up against restaurants, wine bars, and late night hot spots, Midtown appeals to every sensibility. Food trucks in the area can often be found catering to the late night crowd, though many of them can still be found posted throughout the neighborhood during the day.

The Waffle Bus is a common sight in Houston’s Midtown, where it can usually be found serving up food for the late night crowd. Their name says it all, because they serve up a half dozen varieties of one thing: waffles. Diners can enjoy buttermilk fried chicken and waffles with their choice of spicy mayo or ancho chili honey butter. Craving something beefy? The Waffle Bus also serves up its unique waffle burger, a quarter pound beef patty topped with American cheese and sandwiched between two half-moon waffles. Diners with a sweet tooth are also welcome to enjoy the Nutella and banana waffles topped with sweet cream.

Rock ‘n’ Sandwiches gives sandwich lovers a lot to love between its hearty fries, burgers, and many kinds of Italian sandwiches. Or maybe you stopped reading at hearty fries: Rock ‘n’ Sandwiches will serve them up topped with shredded cheese, sautéed onions, sauce, and cuts of meat. Burgers come in the classic beef patty variety or with chicken, ribeye, or sausage in between a toasted bun. Still, it’s the sandwiches most people come for, and this food truck doesn’t disappoint with its selection. Diners can get their sandwiches served up with meats like Italian sausage and garlic butter chicken, or they can go for a classic ribeye cheesesteak.

Taqueria Le Creacion doesn’t fit the trendy image of the modern food truck. This is an old school, authentic truck delivering the best Mexican in Midtown. Eight classic creations that this street truck serves up every day of the week, including tacos, burritos, and quesadillas. Diners can mix their meals up with one of several types of meat, like fajitas and barbacoa.

Upper Kirby sits at the intersection of Houston’s most well-travelled roadways and as such is one of the most popular sections of the city. A hip area where people flock to everything from coffee to cocktails, Upper Kirby is home to live performance theaters, weekly live music, and a flush selection of art galleries. Alongside these many destinations are the food trucks that keep hunger settled between shopping and shows.

Coffee-Q combines morning coffee bliss with barbecue to create something altogether different. The result’s a food truck that serves up food that’s great in the morning and night. Visitors can enjoy tacos, brisket, and paninis while sipping on mochas, cappuccinos, and simple coffee. Speaking of – Coffee-Q serves up its own unique brews that can’t be found anywhere else in the city.

Kurbside Eatz doesn’t have a large menu but every dish packs a punch. Anyone visiting who just wants a snack  can enjoy seasoned fries, eggrolls, or chicken dumplings. If you want something a little heartier, they’ve got tacos and quesadillas made with chicken, beef, and pork. Visitors can toss on extra meat, different sauces, and even eggs for a more filling meal.

Colonel Eats serves up a bite of the upper crust using street truck style. Instead of your traditional hamburger, you can expect a Kobe beef burger topped with garlic aioli and grilled onions along with traditional American cheese. The duck confit nachos add a unique twist to this traditional snack with wonton chips, white queso, grilled onions, and diced tomato. The tacos include smoked duck breast drizzled with chives and topped with house slaw.

Montrose is one of Houston’s most well-known neighborhoods. Thanks to its long history and roots in everything from the arts to the Civil Rights movement, Montrose has become known as a home to coffee shops, art galleries, thrift shops, and a well-developed drinking and dining scene. Food trucks make the many neighborhoods home as they serve both the day and nighttime crowd.

Shawarma Stop Food Truck is the place to go for anyone looking for some Mediterranean food on the go. If you’re not sure what you’re hungry for, Shawarma is one of those food trucks that has an absolutely massive food menu. They offer at least eight appetizers, plus a half dozen sandwiches and different servings of fried chicken. But all those dishes are just side attractions to the main menu, which includes Mediterranean classics like beef kofta, chicken kababs, and chicken shawarma.

The DoughCone offers dessert lovers around Houston a food truck to call their own. DoughCones are an especially tasty type of ice cream desert. Each cone is made of cinnamon sugar while the ice cream itself is made of organic milk. The toppings visitors can choose from are tremendous and include chocolate sprinkles, strawberry chunks, gummy worms, and more.

SpicyDog offers up a twist on the American classic. Although the selection isn’t huge, every dog served at the SpicyDog is packed with flavor. Each hot dog is made of 100% beef, garlic butter cream cheese, caramelized onions, Japanese and spicy mayo, and fried shallots all sandwiched inside a lobster roll bun. Diners can choose from special dogs as well, like the Dogzilla, made for spice lovers and covered with creamy jalapeno puree and hot Cheetos.

Wokker is the kind of food truck you go to when you don’t know what to eat, and are in the mood to order it all. The menu is massive, and includes combos like brisket eggrolls, brisket pad thai, and Cajun hush puppies.

Soul Taco takes the classic taco and infuses it with something extra. Each dish is inspired from soul artists throughout history, like the Miss Tina, a black bean taco wrapped with avocados, potatoes, and caramelized onions. On the side, you can order up a serving of smothered pork chops, mac and cheese, and sweet potatoes. This diverse number of dishes makes Soul Taco one of the most unique food trucks in Houston.

Fat Pockets offers up just a few dishes, but makes sure every one’s got mucho flavor. Each menu item is wrapped in breaded food pockets and can be ordered in a single, double, or triple serving. Visitors can enjoy everything from beef shawarma to hot chicken, cheese steak, and jalapeno cheeseburger inside these breaded pockets. On the side, you can enjoy mac and cheese bites or cheese steak fries. With its commitment to deliciously stuffed meals, Fat Pockets manages to serve up some of the heartiest servings of any food truck in Houston.

East Downtown has been under heavy development over the last few years as more and more residential development fills the area. New homes, condos, and apartments surround BBVA Compass Stadium, where hometown favorites, the Houston Dynamos, play. With that development has come a flood of new restaurants and food trucks looking to satisfy the hunger of residents throughout the neighborhood.

Twisted Catfish serves up a Houston favorite with its classic take on fried fish and sides. Most visitors come for the fried catfish basket, which comes with sides of waffle fries and hush puppies. However, there are plenty of other selections to choose from, including catfish po’boys and chicken tenders. One visitor favorite is the Not-So Filthy Cat, a unique take on catfish and wraps grilled catfish along with cabbage, pico de gallo, and creamy cilantro sauce, all wrapped up in flour tortillas.

House of Hoopz Crawfish brings yet another Houston classic to the neighborhood with its commitment to bringing almost nothing but crawfish to the city. Still, this food truck offers up a few other southern favorites, like brisket and pulled pork. Still, most visitors come from the crawfish, cooked up and served on platters full of spicy sausage, corn, and cuts of potato. Guests can order up their dishes along with other sides, like potato salad, mac and cheese, or coleslaw.

Muiishi Makirritos offers up its own twist on eastern-inspired food by blending it with south-of-the-border style. Makirritos are a seaweed burrito wrap that come with crab, shrimp or a tasteful blend of vegetables for the vegetarian friendly veggie makirrito. Visitors who want something a little more traditional can opt for the traditional rice bowl or enjoy a burrito flavored with a long list of extras that include kimchi, cream cheese, pico de gallo, and more.

From the flavor of the Gulf Coast found in the local catfish and crawfish to a fusion of south and east in the form of a makirrito, Houston offers up a diverse lineup of food trucks that can satisfy almost anyone’s taste buds. No matter what part of the city you’re in, you’ll be able to enjoy an expansive (and expanding) street food scene that will have you coming back for more. 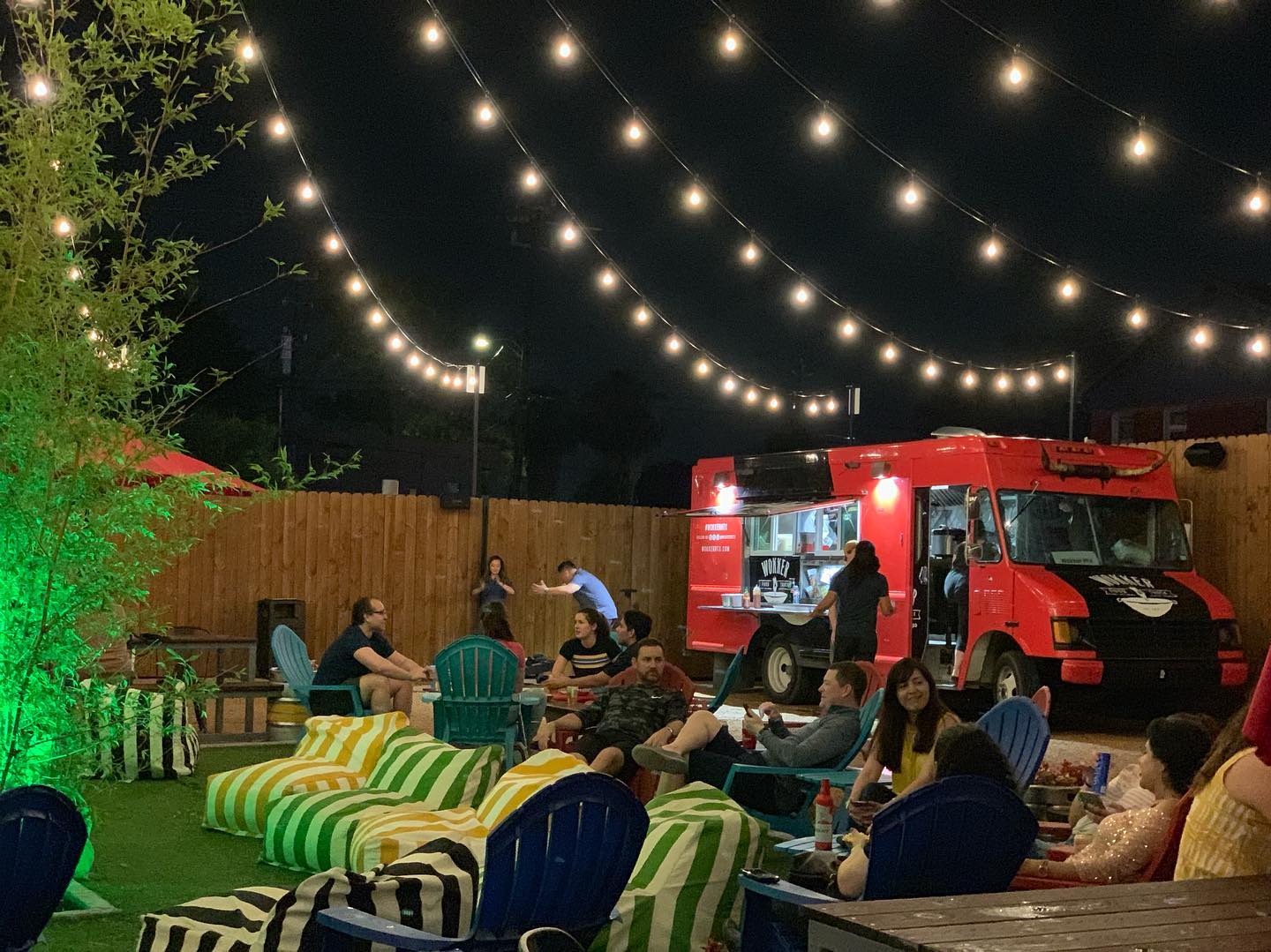 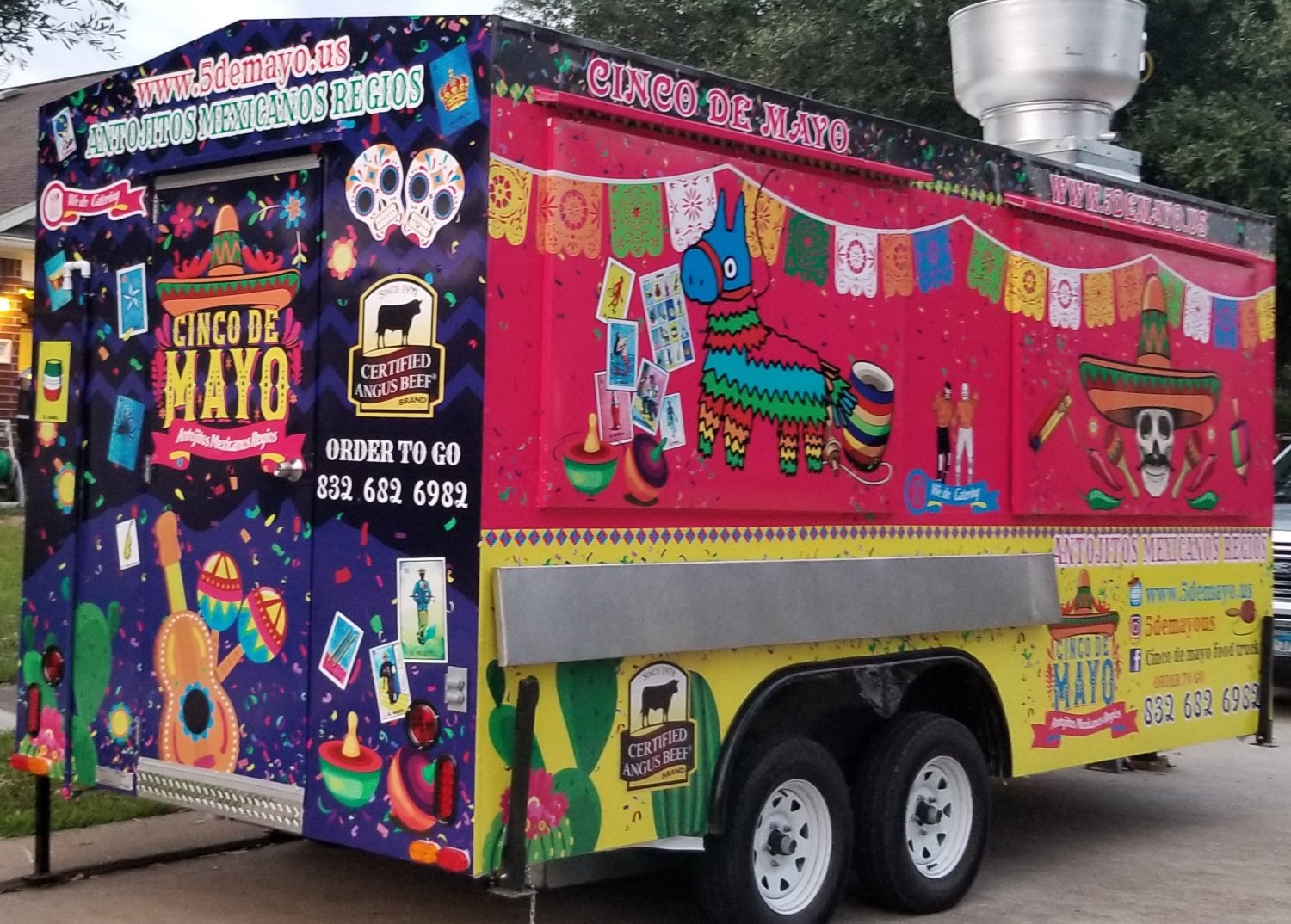 Tacos and food trucks are a marriage made in heaven. A bevy of ingredients and freshly cooked flavors gather easily... 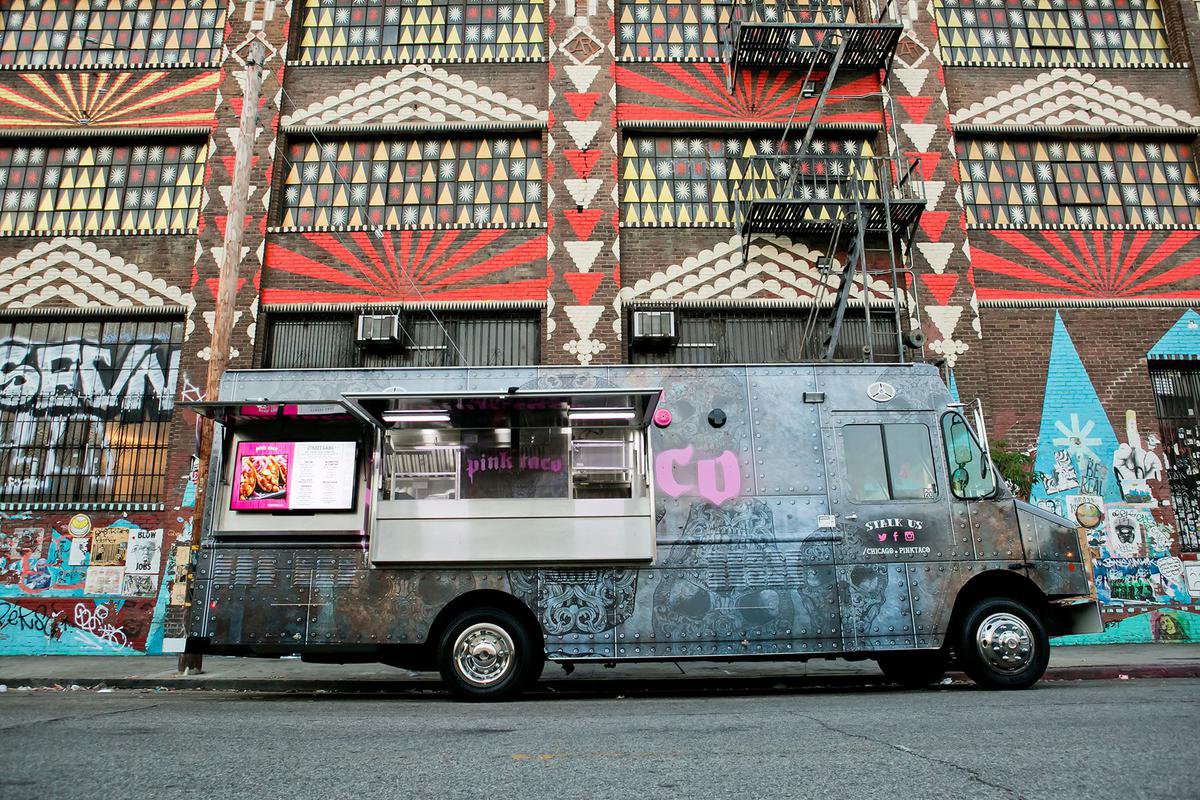