When ordering from a truck, there’s usually one thing on your mind: food. (Unless it’s a tow truck, but that’s a whole other story) Food trucks solve our basic animalistic need to eat – granted what we’re eating is gourmet, often organic, and usually served in a small tortilla. But they also give us the gift of choice. Food trucks fill parking lots in cities around the country, giving you options. It’s a world of possibility with this trend. But that’s exactly where the question lies. Are food trucks just a trend? A fad, that like so many others (Livestrong bracelets, Charlie Sheen, that’s what she said jokes, Silly Bandz) will fade into the past, only remembered in “You Know You’re From Gen Y If” lists? The filmmakers of this industry’s latest documentary Curb don’t seem to think so.

Curb is about the future of food trucks. To the forward thinkers behind this project, what is happening in the culinary industry now will totally reinvent the way consumers get their food and how they eat it. Christopher Lafayette is in charge of business relations for this project. We spoke with Chris about the film, and he gave us some insight as to what’s driving their inspiration. He explained that these trucks are central to our ecosystem because, frankly it’s how we eat! “It reaches out to so many different markets,” he elaborated. That being said, this film will explore more than what meets the eye for the average food truck foodie. It will delve into the economics, politics, and agriculture of this enterprise, while also giving viewers a historical perspective on the industry.

From Roach Coachs to avant-garde trucks, Chris says, “I think this is the beginning of a pioneering industry as far as how food is done.”

The daily challenges of food truckers will be presented in Curb to highlight the struggles of the industry. It will chart its growth and how it evolves, giving viewers a closer look at the people behind the magic.

Another aspect will cover the competitive nature of this changing industry. Brick and mortar restaurants pose a threat to the trucks in certain markets, while the trucks have the upper hand in others. They “reach an untapped market that brick and mortar businesses just don’t get,” Chris divulged. People don’t necessarily want to go out to dinner at the end of their day, but they don’t want to cook either. The trucks provide an affordable, but interesting option for those seeking an easy meal that doesn’t require a microwave. The film will explore this, in addition to examining the competition between stand-alone trucks and restaurants’ trucks.

Curb has been in pre-production since November 2011, but just recently began filming. It will first explore the street food culture in California’s San Francisco Bay Area, but might expand to other areas if the opportunity (budget) arises. “We’re pretty excited about it,” Chris told us enthusiastically. The makers of Curb are passionate about revealing a side of the growing food truck trend that’s not yet been shared with the public. It will give those of us who have just one thing on our mind when we order from a truck a better idea of the stories that have led to our curbside delight. For a more in depth look at the question, “are food trucks a fad?” check out Roaming Hunger’s own Ross Resnick’s article in the Huffington Post! 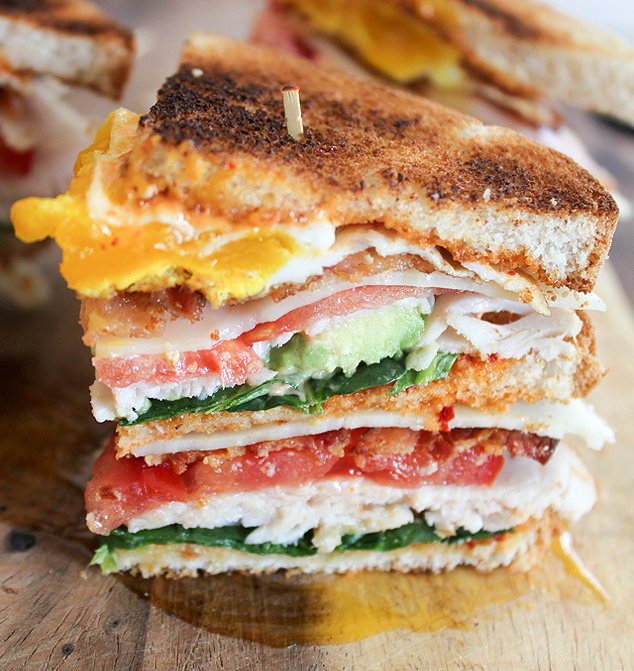 The Best Sandwich You Will Ever Have