Back in 2012, while I was watching an episode of “Cupcake Wars” on the Food Network, Laura Pekarik of Cupcakes for Courage was an immediate stand-out competitor. When I discovered that Laura donated a percentage of her sales to support cancer research, and that she was local, I knew I just had to meet her. I tracked the truck down on Twitter one day in the South Loop, and was invited to meet up and chat. Once there, Laura invited me inside the truck, and although the tape recorder was running we were still able to have a normal everyday conversation, with only a few interruptions from cupcake cravers.

Before Pekarik turned a canary yellow DHL truck into the Cupcakes for Courage “Green Machine,” she dreamed of being famous. It wasn’t until 2011 that her dream would come true, after she submitted a video application for Food Network’s Cupcake Wars; a show where four talented bakers compete for a chance to win $10,000 to devote to their businesses. Pekarik made it to the final round of Cupcake Wars, where she had one hour to bake 1,000 cupcakes and create a soccer-themed display for the Major League Soccer Cup Finals. Ultimately, the judges chose a different winner, but she didn’t go home empty-handed.

“A lot of people found out about us because of Cupcake Wars, so I’m eternally grateful that we were on the show,” said Pekarik.

After such a close and fierce competition, there was no doubt that they would.

Cupcakes for Courage started after Laura’s sister, Kathryn, was diagnosed with Non-T Cell Lymphoma in May of 2010. Once Kathryn got sick and was admitted to the hospital, Laura quit her job and devoted most of her time to working on the blog and baking. Instead of dwelling on the illness, Laura saw it as an opportunity for her and her sister to be brought closer together. Overall, it made her realize the true importance of life: “…not to sweat the small stuff because there are much bigger fish to fry,” said Pekarik. Currently, the Pekariks donate 10% of their sales to the Leukemia and Lymphoma Society and the ‘Ride Janie Ride’ Foundation.

Laura Pekarik has turned a horrible event into delicious treats, creating 48 flavors of cupcake magic. My personal favorite is the Spicy Sriracha Turtle cupcake that launched her to the final round of Cupcake Wars, which is composed of a spicy and savory mesquite chocolate cake filled and topped with smoked caramel, dunked in pecans candied with spicy syrup, and topped with homemade fudge frosting. A fusion perfection.

Over the past four years, Pekarik has since opened up a brick-and-mortar in Elmhurst, IL, calling it the Courageous Bakery. The bakery itself has a calming neighborhood atmosphere, and when you walk inside you are immediately drawn to a bright green wall deemed the “Cupcake Gallery,” which boasts framed photos of every single cupcake that Pekarik has handcrafted.

When asked what her definition of courage was, Pekarik responded, “Looking into the face of something bad, like cancer…and just saying screw it.”

I think that’s a motto we should all agree to follow. 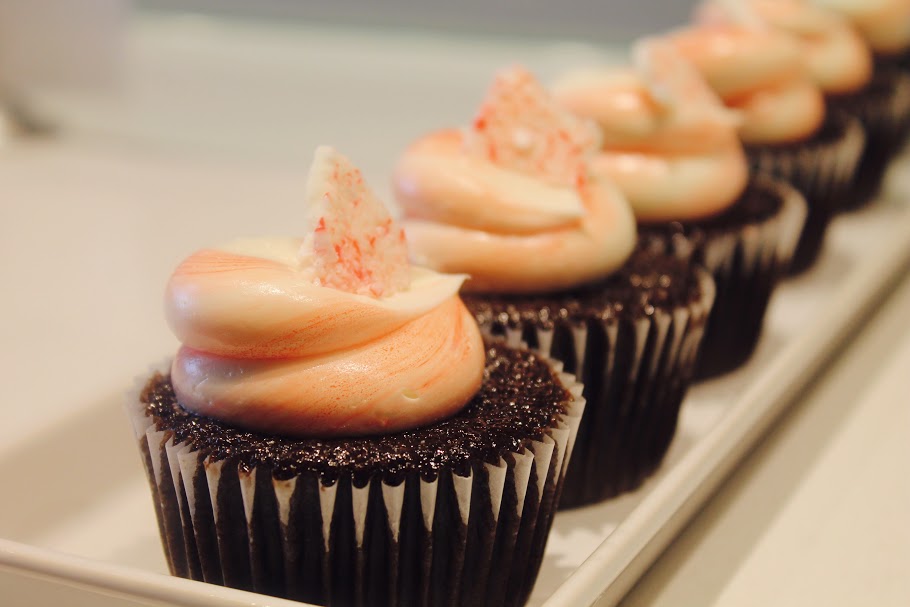 Bay Area natives may be quite familiar with the delicacies being offered by CupKate’s Mobile Cupcakery. They have been around... 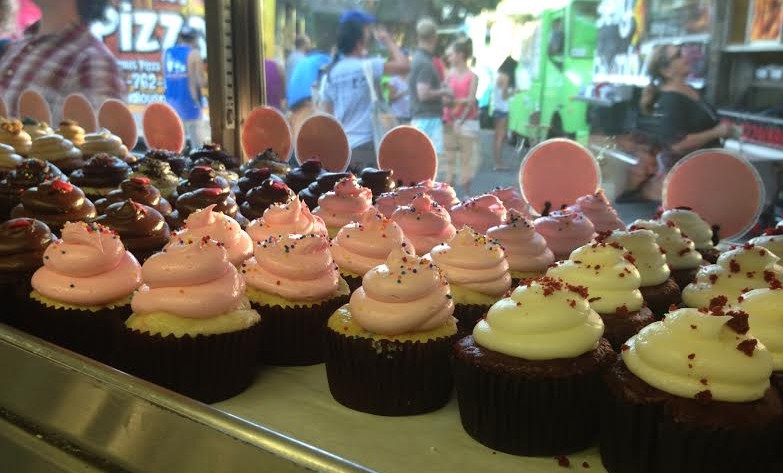 A Sweet Tooth for Sweet E's

Yesterday we had the opportunity to hop on one of our favorite dessert trucks, Sweet E's Bake Shop, while they...