While Century City is a stellar place to do business, it’s not exactly LA’s most walk-able hood.  Or most park-able, honestly.  Once you get to work here, chances are you’re staying put until it’s time to head home.  Assuming you even work the kind of job where “heading home” is a rational aspiration.  More likely – if you work here you work for one of the eight zillion law firms that call Century City home (that’s an exact figure, you can check our sources), which means your day ends when it ends, and things like “lunch” are often playful suggestions, to be taken only as seriously as you choose to.  Like a mean joke or a fun conspiracy theory.

When given the chance to actually stop, eat and enjoy, there are plenty of lunch options… and range from braving the unholy swarm of agents waiting in line at Eataly, to braving the unholy bills at local fine dining monstrosities.  If you’re stuck in the 20th floor executive suite, however, you can make lunch a whole lot easier on everyone.  Order some corporate catering that’ll lift spirits, feed quickly, and most importantly – come straight to you.  You’ll give the office the Century City escape it deserves.  Especially if it’s gonna be a while until anyone in the office, you know, gets to escape Century City.

Sometimes conference room Skype sessions with the East Coast office are on East Coast time.  As in Ungodly AM, Pacific Standard Time.  And not a minute later, the client has a busy day.  If you’re in charge of office catering, you’ve got a job to do – shuffle everyone into the conference room not only on schedule, but with a smile on their face.  Sounds tough, but book the Century City lunch standard The Stand for breakfast catering, and watch “tough” crumble in the harsh light of day.  Or something almost resembling light.  Gourmet scrambles, omelettes and breakfast sandwiches provide the kind of wake-up worth skipping snooze for, but it’s their breakfast burrito that truly steals the show.  Packed with farm-fresh ingredients, it’s a classically California way to say good morning to the Boston office – and more importantly, it’s a classically California way to say good morning to yourselves.  Even if the rest of the state’s still asleep.

For showing New York a slice of the real LA

On the flip side, sometimes East comes West, and everybody wins.  Unless it’s the New York office, in which case they’ll let you know they still win (never directly of course, only through a strategic barrage of subtle jabs), sneaking in soundbites on just how much better they have it back home, from Broadway to seasons to pizza.  Book the Joe’s Pizza truck to celebrate your East Coast friends’ hometown strengths, before they get the chance.  More importantly, do it to show them their pizza might be great, but it sure ain’t special.  Joe’s Pizza tastes every bit the masterpiece by the slice that the West Village original does.  Rumor has it they even import NYC drinking water for their dough (which is probably, PROBABLY just a rumor, but tasting it you’ll really second guess yourself).  By the time your partners head back to Manhattan, they’ll have a very new, very confusing idea of Los Angeles.  And it’ll taste a whole lot more like NY than they’ll ever admit.  Book Joe’s (or any of our other pizza catering options) right here.

For “breaking in” the summer associates

Summer associates are fun – they do anything you ask, make the office livelier, and most importantly, yeah, they do anything you ask.  Like facing off with each other in eating competitions for your entertainment (or for “bonding” or “ice breaking”, whatever you wanna call it, really).  Anyway, forcing your new servants to eat lots and lots of cupcakes is just plain fun, but to go better than “plain”, book Yummy Pie Babies for your belly-busting bonanza.  Besides sweets for the office contestants, they’ll serve serious mini-pies and mini-cheesecakes for the on-lookers, ensuring this is a sugar rush everyone will wanna catch a ride on.  Not just your willing victims.  Or whatever you’re calling them for the summer.

Bring a food truck to your office. Get started here.

For giving your paralegals real appreciation, and real food too

Your paralegals do a lot for you – namely, a lot of the things that you don’t wanna do.  There’s an official appreciation day for them.  There’s an official appreciation day for everyone, really, but go off the grid and bring appreciation to your paralegals when it’s least expected… no we’re not going to tell you WHEN specifically, we mean just choose a random day yourself.  Then book them a hell of a food truck so they can forget how much cite-checking they still have to do for you.  Heritage LA delivers balanced bowls stacked with delectably prepared meat, greens and grains.  Free range, organic and locally sourced are more than the truck’s buzzwords, they’re an integral part of its identity.  As integral as a dedicated team of researchers making sure you look like you know what you’re doing.  Prove them right by taking care of them right back.

For putting Happy Hour in a time machine, any time you need it

Happy Hour is a concept for people more accustomed to a normal, predictable 9-5 schedule.  When it comes to your line of work, 5’s usually just another number on a clock; a cute and largely meaningless blip that reminds you it’s gonna start getting darker outside.  So maybe for once, Happy Hour should hurry up and come to you instead.  On your time.  Rasta Rita, twin truck to Rasta Taco (speaking of tacos, they’re not a bad office catering idea), comes ready to loosen ties and inspire – er – new perspectives worth exploring in your endless litigation case.  Custom margaritas like cucumber-ginger and cilantro-jalapeño are shaken fresh by trained professionals to help settle inhibitions – and maybe, just maybe help settle cases.  Speaking of…

For celebrating the settlement

Months have gone by.  Months full of 10 hour work days, 6 day work weeks, a whole lotta Advil, and a whole lotta quiet bathroom crying.  It’s been the case from hell, threatening to drag the whole team back down with it.  Then – three days til trial, knee deep in research, elbows deep in coffee cups, comes the deus ex machina – the settlement that comes out of the blue.  The end of a nightmare.  The dawn of a whole new world – well, until the next case, at least.  Kick off your short but impossibly beautiful window of freedom by savoring every minute of it.  Booking Coolhaus for office catering should help with all that.  It’s an ice cream sandwich truck that’ll make yours however you want it.  You have time for things like opinions now.  We know, it feels weird.  Local, small-batch, artisanal flavors range from black sesame to chicken and waffles to Froot Loops & cereal milk, while cookie concoctions include the likes of Snickerdoodle Fruity Pebble & confetti whoopie pie.  By the time you’re done you’ll feel like a kid again.  Or at the very least, you’ll feel the way you did before you ever got that case.  Same difference, really.  Book ice cream cream catering for the office right here.

For surviving the trial

On the flip side – it doesn’t always go that way.  Sometimes the trial, you know, actually happens.  And sleep doesn’t.  Should you find yourself locked in your downtown hotel for a few restless weeks, do yourself a little bit of kindness.  Say no to the packaged, powdered sorrow calling itself “coffee” in your hotel room, and treat your team to a small pick-me up that’ll have a big impact.  Brewtique is a trike that can handily pull into just about anywhere – even hotel rooms flooded with crumpled up notes.  Book Brewtique for corporate catering and you’ll have a clean, low-acid, and most importantly, high-caffeine way to get through the night of prep without falling apart.  The sustained buzz of their Nitro brew might even get you to the courtroom looking like you slept.  Which by week three, is half the battle altogether.

For saying goodbye to the summer associates

As summer disappears from the office, so too do your summer associates. Of course, with luck, you’ll see the ones you liked (aka the ones who ate the most cupcakes) again when they come to work for you.  But to sweeten that hopeful offer, you gotta leave them with a taste of Los Angeles that’ll linger long past the taste itself.  You gotta book Kogi for lunch catering; the food truck that started it all and put LA on the map with its street food revolution.  Its Korean/Mexican fusion reflects the best of a city whose diverse population mingle and mix, and regularly craft masterpieces just like the kimchi quesadilla in your hands.  Or like the one you’re now imagining in your hands.  Leave your associates with warm memories of the city that reach far beyond the office.  And most importantly – far beyond Century City.

Looking for more corporate catering gems for your Los Angeles law firm? Then click here for your next reading assignment. Or, if you’re the type of law office that would fit better next to a Santa Monica startup, check out these suggestions perfect for the Silicon Beach crowd.

Skip The Post Nap Lunch With These Healthy Food Trucks 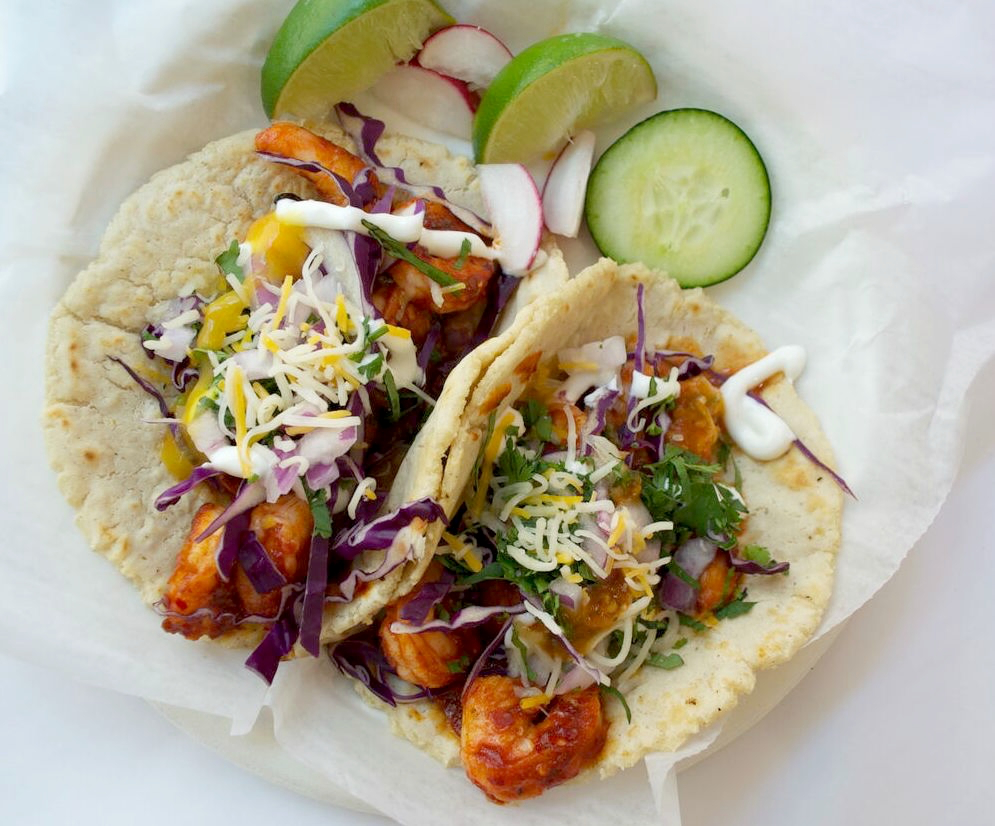 Working in Los Angeles has its obvious benefits - beach, sun, sand, views and tacos.  Not necessarily in that order....

Maybe it’s your job to order food for the office and you’re really over the standard 1:30pm complaints of “lunch... 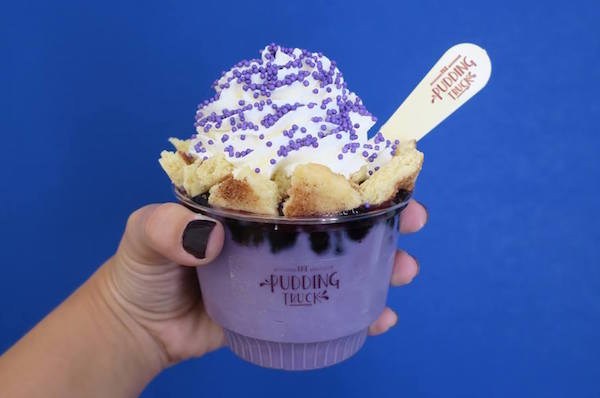 Sweeten Up Your Office Catering With These Dessert Trucks

Endurance is a funny thing.  It can swing wildly from one workday to another, with energy coming out of the...